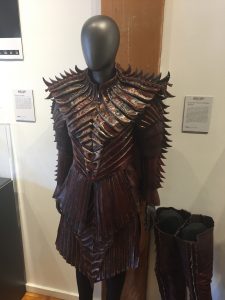 Today we look at the Klingon costumes and props at the Star Trek Discovery prop & costume exhibit at Michael Wolf Gallery at San Diego Comic Con.

As I have said before, I am looking forward to Star Trek Discovery, but don’t tell me this is the prime timeline CBS.  It is a re-imagining of Star Trek, and as such, it has to be an alternate timeline just as JJ trek is.  And I am OK with that!   But you can’t keep claiming “canon” when you change everything about the look and feel of the show.  Canon includes all of this, and Discovery is clearly NOT adhering to canon.

Now I don’t disagree with this approach.  While Axanar adheres closely to canon and the way Star Trek should look 10 years before TOS (when Prelude to Axanar is set) or 20 years before TOS (when the Battle of Axanar itself takes place), this simply won’t work for a modern TV audience.  You have to take the re-imagining approach or else you are merely being nostalgic, which appeals to only a very small part of your core audience.

Axanar was meant to appeal to that smaller audience, while also creating a compelling narrative, but Discovery can’t do that as they need to reach a wider audience….millions of people willing to shell over $ 6 a month.

So you have to look at all of these props & costumes with two different views.  One, is it canon as CBS claims, or is it a reimagining, which gives you license to do what you want, as JJ did very well.

Now for the Klingon items, much came down to Neville Page who did work for the JJ Klingons.  I actually love the direction JJ went, especially the costuming, the helmets, and the thick jackets.  One of the Neville Page Klingon make-up concepts for Star Trek 2009 was brilliant in my book, but never made it to the screen.  Neville did the work here for Star Trek: Discovery with Glen Hetrick, who is a judge with Neville on SyFy’s Face-Off.

So while I appreciate the duo’s expertise and artistic work, it simply isn’t canon.  It is a total re-imagining of what Klingons are and doesn’t work in any the Prime timeline. Do I like what they came up with?  Not really.  Just not what I think of when it comes to Klingons. But you now what?  That is my opinion and it doesn’t mean it is not great work, just not what I think is Klingon.

So you judge for yourself! 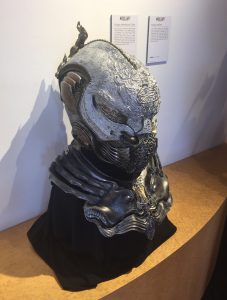 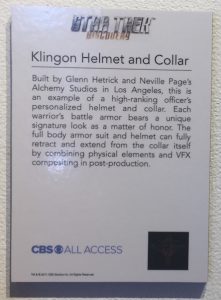 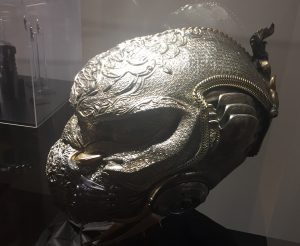 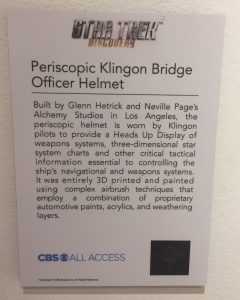 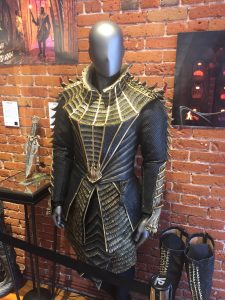 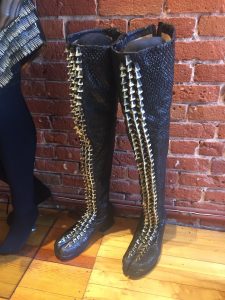 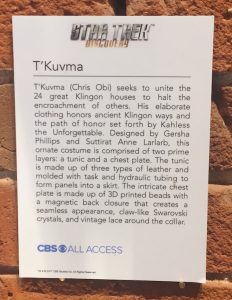 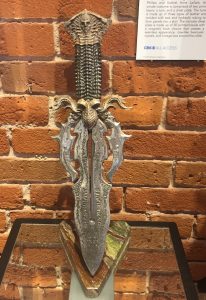 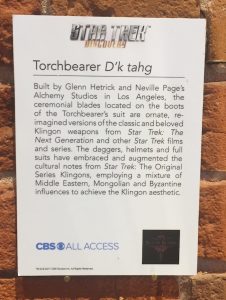 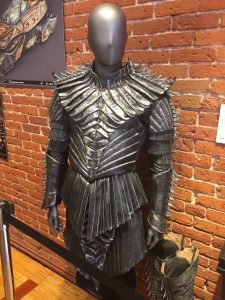 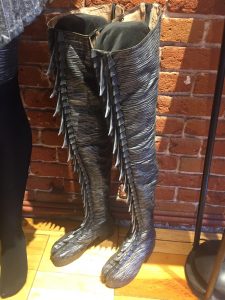 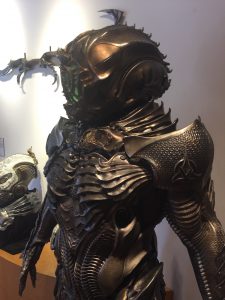 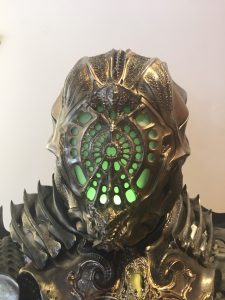 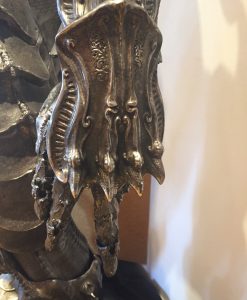 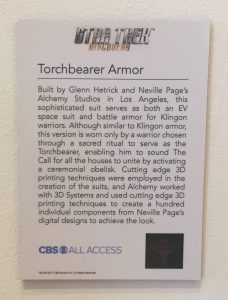 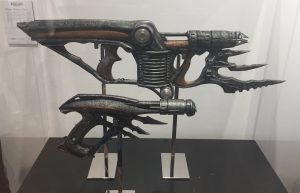 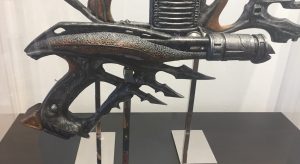 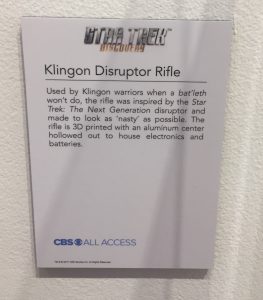 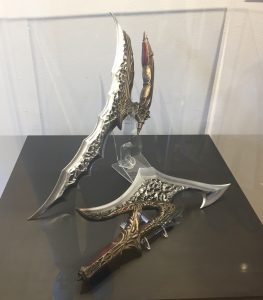 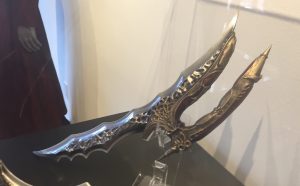 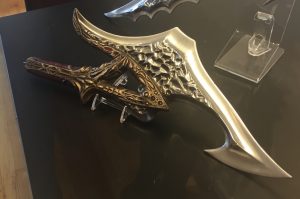 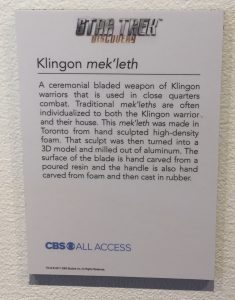 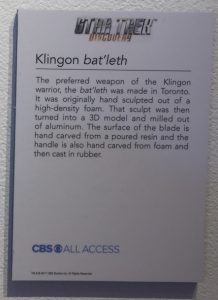 I hope you all enjoyed the photos, and post your comments!