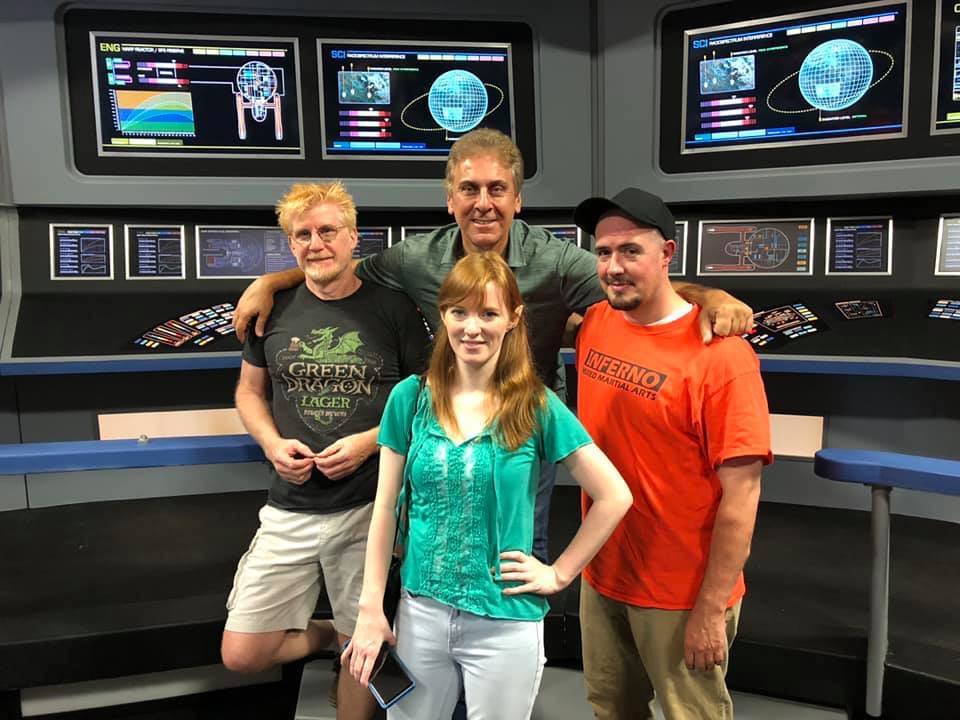 Dana Wagner, Victoria Fox and Josh Irvine on the bridge set with me.

This past weekend, after the Treklanta convention on Sunday, Ghost Ship directors Victoria Fox and Joshua Irvine visited Ares Studios to scout it out for their Star Trek fan film with Jonathan Lane “Interlude”.  They loved the bridge, and Dana was working on it, installing the computer monitors in the Fleet Ops Station.  Well, after Josh and Victoria left, I helped Dana finish the station and now both forward stations are done.

Next up is the pilot console! 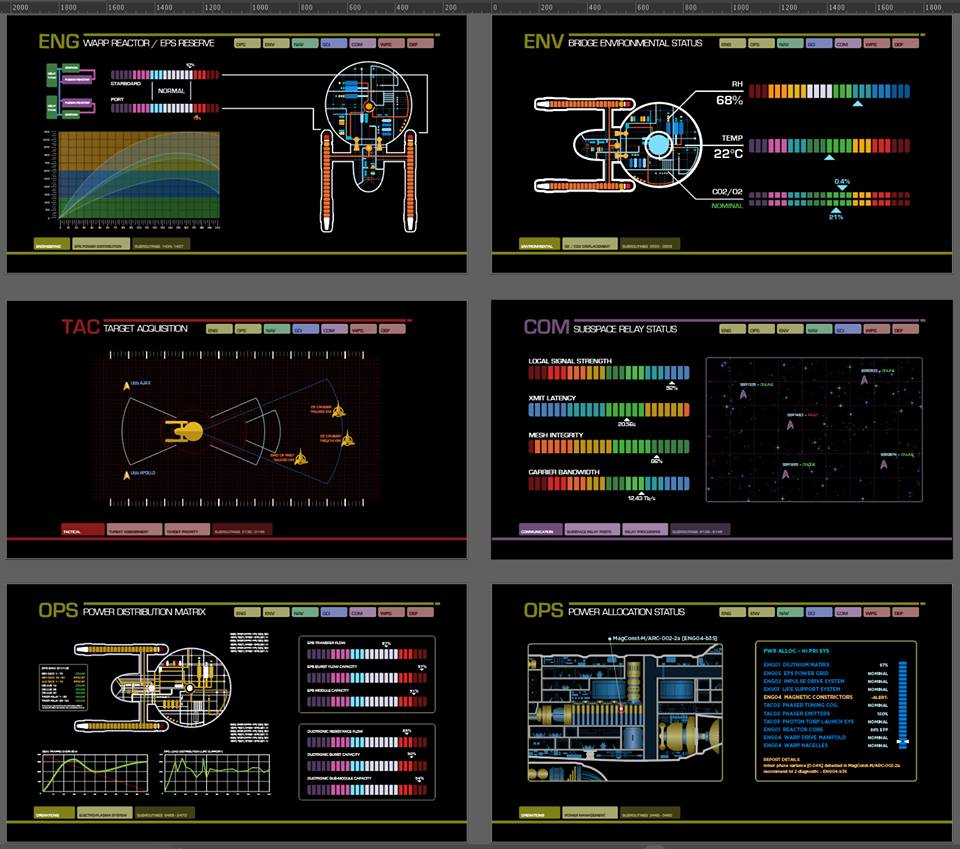 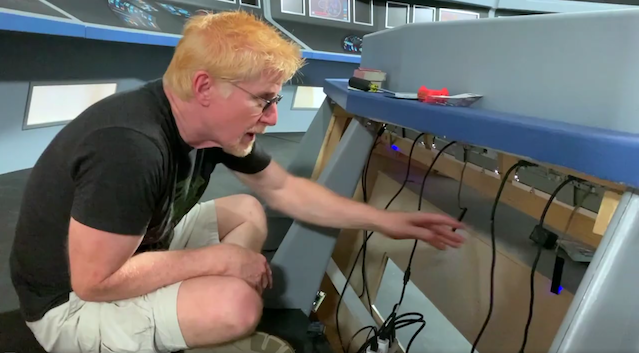 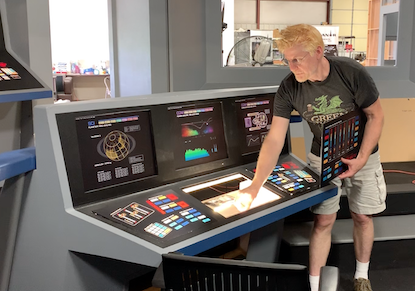 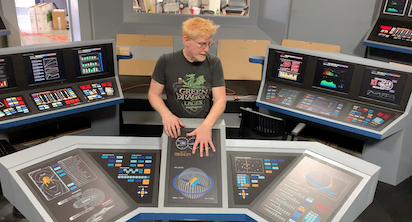 The pilot console is next