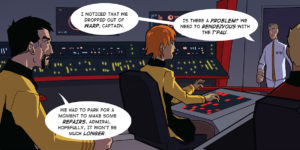 It’s been nearly four months since AXANAR COMICS fans have seen any new pages of the current story “Arcanis IV.” The plan from writer/publisher TREY McELWAIN was initially to release one new page per month until the current storyline was completed.

Well, actually, I happened. With Trey’s permission, I had “borrowed” Axanar Comics illustrator extraordinaire DANIEL FU to draw my fan comic Axanar story: “Stardate 2245.1” (which will be turned into the fan film INTERLUDE…hopefully!).

My collaboration with Daniel began in mid-2018, and initially, he had time to create page artwork for both Trey’s story and mine. But then fate intervened with a full-time paying gig for Daniel. And while Trey and I were both happy to know Daniel would be able to put food on the table, his available spare time for our projects all but vanished…and production slowed considerably.

Eventually, Daniel felt that he had to choose one project or the other to complete first, and Trey graciously offered the lead spot to me. This wasn’t just generosity on his part (although that played a big part, since Trey’s a very generous guy). It was also a logical decision, as my project was a 7-page one-shot story with just 3 pages left, while Trey had many additional pages for “Arcanis IV” still awaiting illustration.

Daniel finished my story on May 1…and it looks incredible, by the way! You’ll be able to see it, one page per week, beginning later this month. Daniel was then able to complete two additional pages of Trey’s story, and those are being released to the public today, finishing up Act II of “Arcanis IV.”

Daniel is now going to take a well-deserved break from drawing Axanar. Trey isn’t certain when Daniel will be back doing additional artwork, but he’s just pour his heart and soul into a combined SIXTEEN Axanar comic book pages plus two covers for Trey and me in less than a year—in his spare time!—and the guy needs a little down time. So it’ll hopefully be later on this year when you see the concluding Act III of “Arcanis IV,” but probably not later on this summer.

In the meantime, Trey has been keeping himself busy with his new YouTube Channel and regular podcasts about the comic series and Axanar in general.Click here to check out some of the videos (they’re fairly short, and Trey gushes in each one).

And now, since it’s probably been a while since you’ve seen the story, here are all nine of the pages published so far plus the cover…the full Acts I and II of “Arcanis IV.” (Click to enlarge each page.) 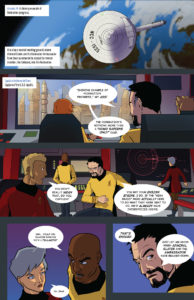 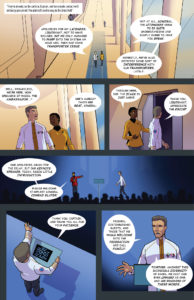 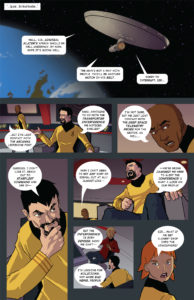 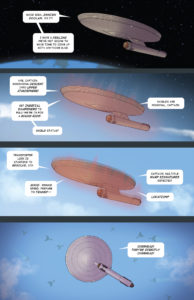 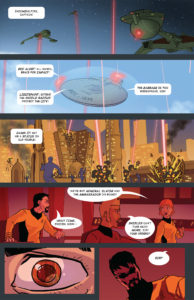 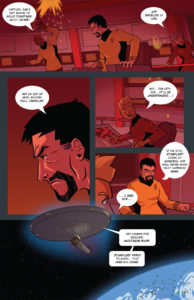 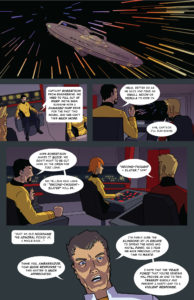 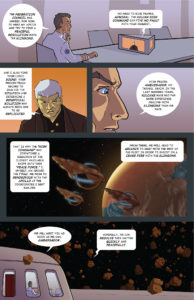 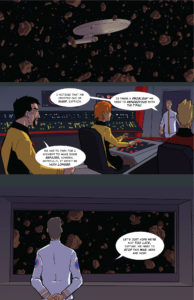