The other morning JP Pool of Egotastic funtime was asked by a fan to post a video about Axanar and Richard Hatch.  I didn’t know about this video at first, and it prompted a shit storm over how people who love Axanar were using Richard’s name.  Now we are very careful to honor and respect Richard’s memory.  We aren’t going to try and fund raise off of his memory, or such.  And there is a good reason why: decency.  That is something in short supply these days, especially in the Star Trek and fan communities.  But anyone who wants to attack Axanar over Richard, can just shut the hell up.  Because none of the Axanar haters knew Richard even a fraction as well as I did.

Richard Hatch was one of my best and dearest friends.  I first met him in 1993 at the 15th anniversary Battlestar Reunion at the Hilton Universal in Studio City. At that time, as he always was, it was incredible how warm and welcoming he was to his fans.  It was a small convention, and I got to chat with him at length, which was a first for me with a Hollywood star.  He was promoting his acting class, and I decided to take it.  I had always found acting fascinating, and to be able to learn from Richard was a chance too good to be true.

Over the next 6 months, I not only learned a little bit about the craft of acting, but it just shocked me how open and warm Richard was.  The class was in his house, and he treated us all like his friends.  We would go out together for dinner after class, we would go bowling together, a favorite of Richard’s and the acting class was in a room above the bowling alley in Studio City where Jerry’s deli is located.  After that class, I stayed in touch with Richard and we would get together at every convention we were at together for the next 24 years.  Dragon Con was his mainstay of course, and his annual dinner at Benihana was legendary.  Over the years, Richard would seek out my help on business.  He asked me to be on one of his Board of Directors when he was trying to launch Magellan as a game, and when I started to cast Axanar, I went to him first. 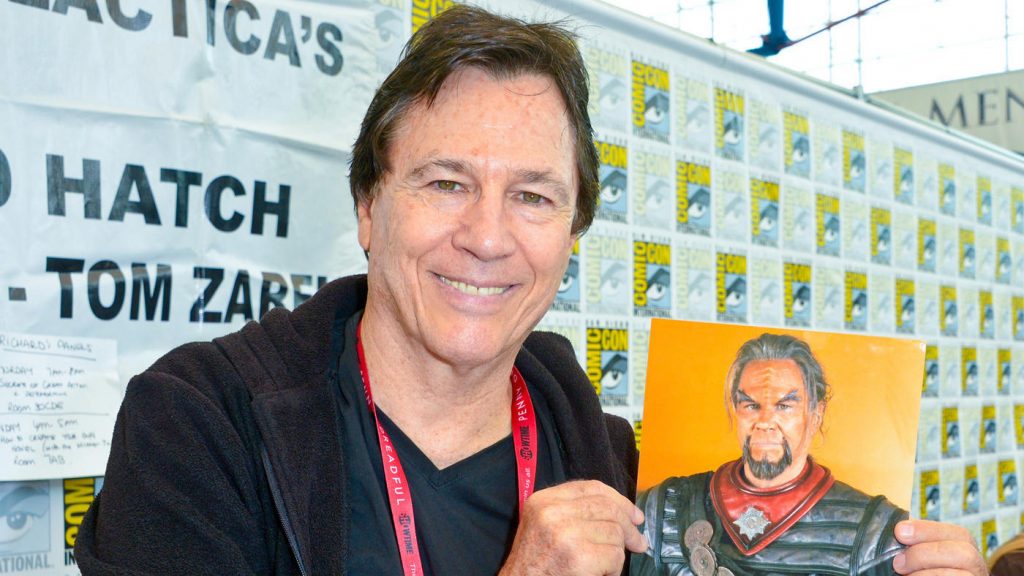 The story about that night of Sushi and Sake is well known, but basically Richard jumped at the chance to play a Klingon. And over the next 4 years, we not only developed Kharn into one of the most memorable Klingons in Star Trek, but Axanar meant Richard and I spent a lot of time together.  When I moved to LA in 2013, Richard was up in Santa Clarita, but shortly thereafter moved within a couple of blocks of me.  We would do weekly lunches at Aroma cafe, a place where Herb Jefferson was every single day it seemed, and where you would always run into industry folk.  And when Richard started his acting class, he started it at the theater next door to Aroma, which was walking distance for him from his apartment.

I attended Richard’s class for the better part of two years, made some great breakthroughs there, and after every class we would all go to Vitello’s across the street.  I will never forget the dinner after I had to do a scene where I broke down crying on stage.  It was the first time I was ever able to do that on stage and Richard said to me “Where did that come from?” with a huge smile on his face.  And it all happened because of Richard.  He was an intense, passionate, dedicated teacher. And he didn’t care if you had no experience at all or were a seasoned actor.  He would pull and prod and do everything he could to get you where you needed to go.

The funny thing was, Richard LOVED to talk, and Jacleen and I, as his two close friends who were also his students, would keep reminding him to not talk for an hour at the start of class!  It got to be a running joke, and Richard would keep smiling every time we would remind him.  No one could talk as long and as steady as Richard.

Richard was truly one of the best people I have ever known.  He had a huge heart and saw only the best in people.  He didn’t judge others and couldn’t understand why others did.  He expressed to me many times his inability to comprehend the hatred that the Axahaters launched my way.  And you certainly would not see him talk ill of others.  Funny, Richard Hatch and Doug Drexler, two of the most impressive, honest and decent people I have ever known, have that in common: they would never talk ill of others, in public OR private.  They don’t judge people and they always look for the good in others.  A good lesson for all of us.

As to Axanar, Richard was Axanar’s biggest fan, and anyone who says otherwise is full of crap.  Richard would stop people who were walking by his table at conventions and tell them about Axanar.  I would tell him to talk about BSG and he would say “No, everyone has heard of BSG, and they need to hear about Axanar.” or some such. He always had a stack of Kharn photos on his table and loved it when THAT was the photo people would ask for.  And of course, you couldn’t get away from his table until he told you everything about why a Star Trek fan film was so important! 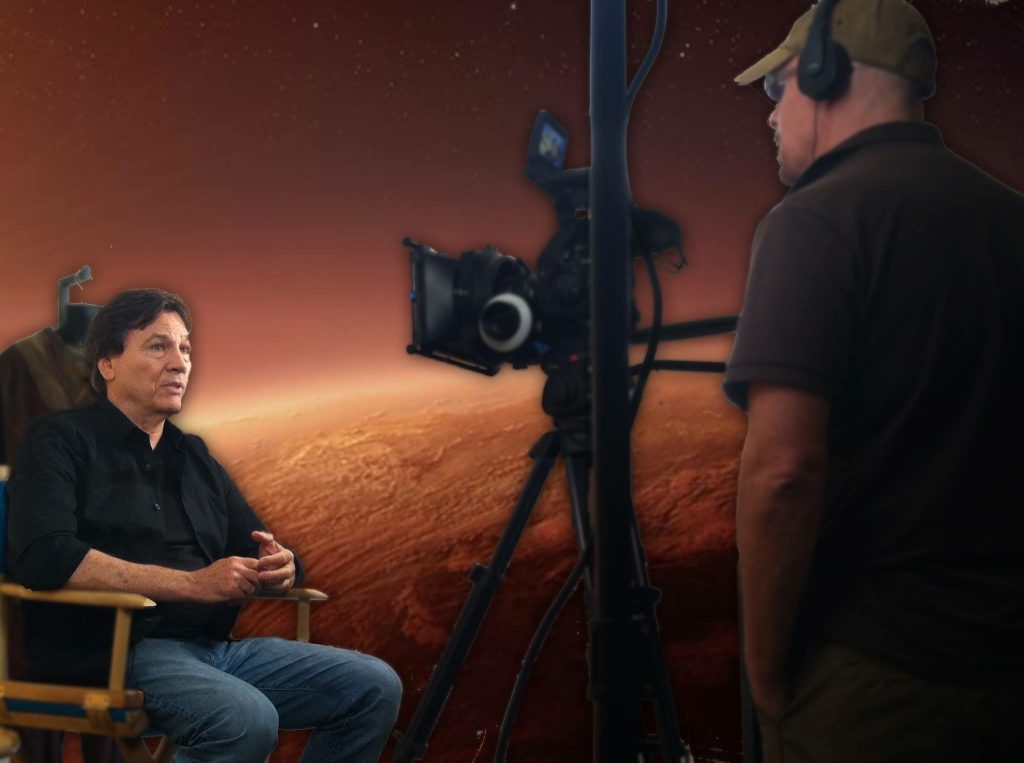 Lots of people want to tell you they were Richard’s friend, and that is honestly true.  Because Richard treated all of his fans like friends.  He made life long friends from fans he met at conventions (like me), and his friendship was sincere.  He would see people over and over again at conventions and invite them to lunch or dinner with his group, and he loved putting people together.  But I saw those who were just using Richard to get somewhere, and those who didn’t care about his stardom and loved him for who he was.  I don’t judge people on that, because Richard wouldn’t want us to.  He wanted to bring all fans together.

And so if you are one of those who is spewing hate and trying to leverage Richard in your hatred of me and Axanar, you are missing one of the most important points of Richard’s life.  And I for one have no interest in trying to get through to you if Richard couldn’t.