There still seems to be some misconceptions about the SMALL ACCESS protest campaign.  Some say we’re all about a boycott and want to destroy Star Trek.  Some say we’re under the control of Axanar.  And most people have no idea why we’re doing surveys each day. 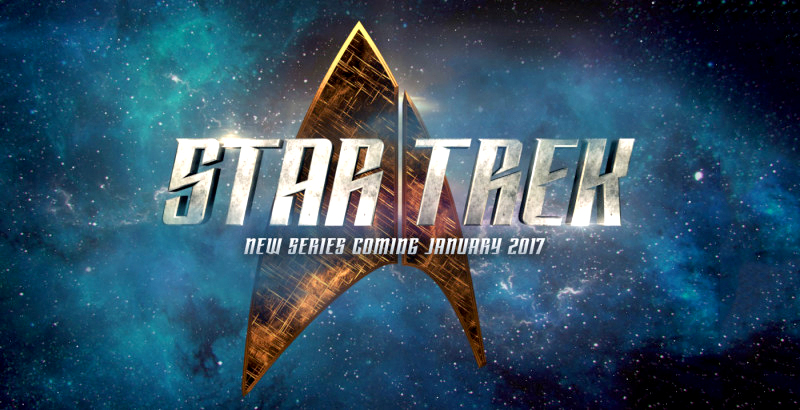 First and foremost, a boycott implies not watching or supporting Star Trek at all.  We’re actually suggesting the opposite.  We want fans to WATCH the new TV series, not avoid it completely.  We’re simply suggesting a designated subscriber hosts a viewing party and the rest of the friends who come over pitch in to share the cost of the subscription (or pay for the host’s dinner or whatever seems the most legal).  In the end, groups of Trek fans get together to WATCH the new series, NOT to avoid it.  If some people want to boycott completely, I won’t stop them.  But that’s NOT what the SMALL ACCESS campaign is about.

As for being under the thumb of Alec Peters and Axanar, that’s simply not the case.  In fact, in a recent poll on the SMALL ACCESS Facebook group, I lobbied hard for a compromise of raising the 15 minute time limit to 30 minutes.  That wouldn’t help Axanar much, as that feature film was planned to be somewhere around 90 minutes or even 2 hours.  I was actually trying to help find a way for Star Trek Continues and New Voyages to still get made because I really enjoy both fan series.  So no, Alec Peters isn’t pulling our strings, and the SMALL ACCESS campaign is completely independent from anything Axanar.  Many in our SMALL ACCESS group like and support Axanar (and yes, some members don’t), but our goal is to convince that studios to REVISIT and REVISE the new guidelines.  Period.  We’re not about pointing fingers at any particular fan film.

And that brings us to the big question: what the heck do we do in our Facebook group day after day?  Some people imagine that we just sit around, bitching and griping and talking about how Star Trek should just die.

Ummmmmm……no with a capital NO.

Instead, each day I post a new online survey, and we take a daily poll.  In fact, that’s the MOST IMPORTANT thing we do!

Am I?  Well, probably.  But let me explain the thought process behind our daily polls, and THEN you can decide if I’m delusional…

Y’see, if I could write the perfect Hollywood ending for this SMALL ACCESS protest movement, I would get invited into CBS to discuss all these guidelines, we’d start negotiating and playing hardball, and ultimately I’d walk out of there to the sound of triumphant background music playing as fan filmmakers and Trekkies all rush up to me with handshakes, hugs, and pats on the back. “We did it,” I’d choke back through tears, “We did it!” And the closing credits would roll.

Now insert the sound of a record with the needle quickly being dragged off it.

What I just described is an unrealistic fantasy. It ain’t ever going to happen, and I don’t pretend for a second to expect it to.

So why are we keeping this protest group going and voting each day on which guidelines to change and how to change them?

I used to work in marketing. I’ve been part of countless focus groups as both an organizer and a participant. Many companies find them incredibly valuable because they provide a window into the minds of the consumers buying the product that the company is selling.

Right now, CBS and Paramount are selling fans a product–Star Trek–but they are also “selling” these guidelines. No, we don’t have to buy the guidelines, but we do have to buy INTO them. We have to accept them and not decide to walk away from Star Trek (either partially or fully) because of them. Our monetary support (through subscriptions to ALL ACCESS, for example) is critical to the studios making money off their franchise.

So if these guidelines potentially affect that bottom line because we’re NOT buying into them, then the studios will want to know how best to adjust the “product” (the guidelines) to make it more palatable…the same way Toyota wants to know what new features would be most popular on their latest car models.

Eventually, all of the poll results will be posted in one place (likely on FanFilmFactor.com) where CBS/P can see them in all their graphic splendor (did I mention I’m also a graphic designer?). The studio execs might not care. They might want to do their own focus group testing. But they’ll at least have a starting point. They can compare their results to ours. They might even want to save their money and just use our data (which represents hundreds of Trekkers–focus groups usually just have 5 to 15 people in the room at one time and can cost thousands of dollars to do properly).

As I said, I’ve organized corporate product research for marketing purposes many times. So these surveys the group members are voting on each day are written up and presented VERY methodically. They’re not intended to be ultimatums that we march into the CBS/Paramount corporate offices with. But they are meant to show the studios how popular or unpopular certain decisions could be.

For example, we really REALLY don’t want the “no ongoing fan series” rule to continue. Voting totals were very clear on that.  But when it comes to the 15-minute limit, there’s a mix of opinions on whether to raise it versus eliminate it entirely. Our results have the potential to provide some cover for CBS/P to raise the time limit a little as a small token gesture, knowing that fans are split on that one. But the “no ongoing series” rule seems to be a huge deal-breaker with fans…like taking away the cup holders on the new Corolla.

So that’s what we’re doing over at the SMALL ACCESS campaign. We’re the focus group. We’re not Erin Brockovitch. And if we get big enough to represent enough of a potential financial hit for the studios, maybe–just maybe–they’ll want to see the focus group data and possibly even act on it. If that happens, I want us to be ready…and that’s why we’re taking these daily polls.

If you aren’t already a member of SMALL ACCESS but want to join the focus group to share your opinion, feel free to come aboard.  All the old surveys are still up and accessible (you just have to scroll down to find them), and new ones are posted each day.  We’d love to hear from you!  Just click on the graphic below…