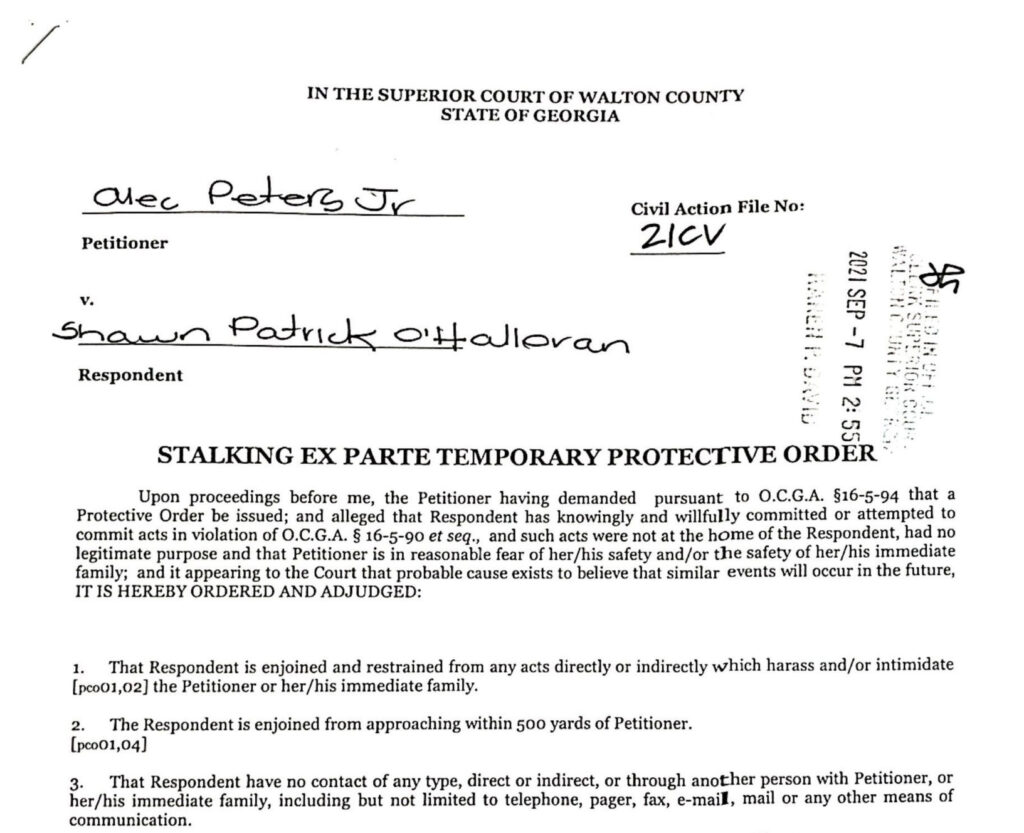 Yesterday, the first day after Dragon Con, I went to the Walton County Court House and met with the District Attorney’s office, requesting a Temporary Protective Order against Shawn O’Halloran, the deranged fan who flew to Atlanta for the express purpose of provoking a confrontation with me. While at first Shawn lied and claimed he was working the META Studios booth, (Paul Jenkin’s company), Paul was quick to distance himself from Shawn.  Also, Shawn did not have a vendor’s badge, so it was clear he was lying.

In order to get the above, you have to meet with someone in the District Attorney’s office, and present enough evidence to convince them you are being stalked.  Then, they take it to a judge, who has to be convinced as well.

Of course, I think sending them to the Axahater Facebook group was enough to show how deranged those people are.  The order was issued a few hours later.

Shawn O’Halloran flew across the country to provoke an incident. He got one.  It just didn’t work out the way he thought.