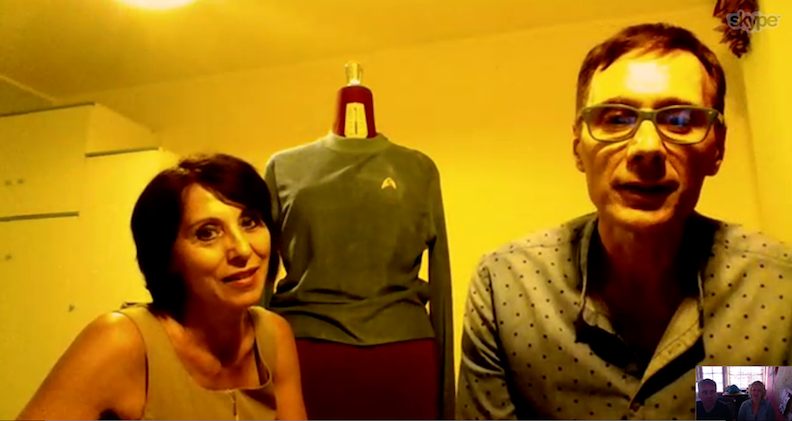 Angela and Claude on our Skype session

Today our costume designer, Kate Bergh and I had a Skype conference call with Italy!  Axanar fan Claude Doziere and his tailor Angela had a 90 minute Skype call with us to discuss the Cage-era costumes we would need for the next two Axanar episodes. Claude has graciously offered to have these costumes made for us and we are excited to work with him and Angela! 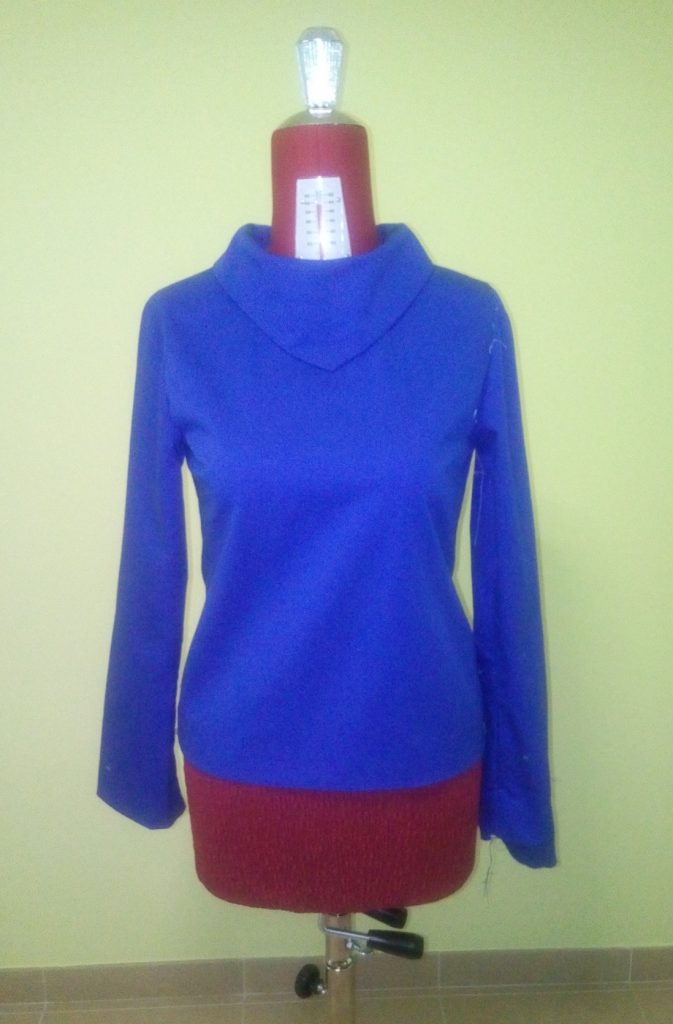 Angela doesn’t speak English, so Claude interpreted the whole time.  We spoke about sizes, cut, fabric and more.  Claude is making 8 of these costumes, which will still only be about half of the total costumes we need as we also need a new Admiral’s costume, a Klingon, and a few more.  So yes, a bigger cast this time and that means more costumes.

Here is Claude’s own Cage costume that got me thinking of asking him to help.  Pretty awesome!

Costumes will be the determining factor is our timing for shooting the two episodes as it is the biggest part of pre-production.

We also went to the Los Angeles fashion district to shop for trim and material for the Klingon costume.  We found some great fabric we are really excited about.  Unlike Star Trek Discovery, we actually want our Klingons to be recognizable as the Klingons you know and love, just with a bit different uniforms!  Axanar happens firmly in the Prime Timeline, so it is important our Klingons look like it.  The Klingon Mor’o, whose costume we are designing was Kharn’s mentor, and the leader of the Klingon Imperial Navy before Kharn, so his costume must be befitting him. 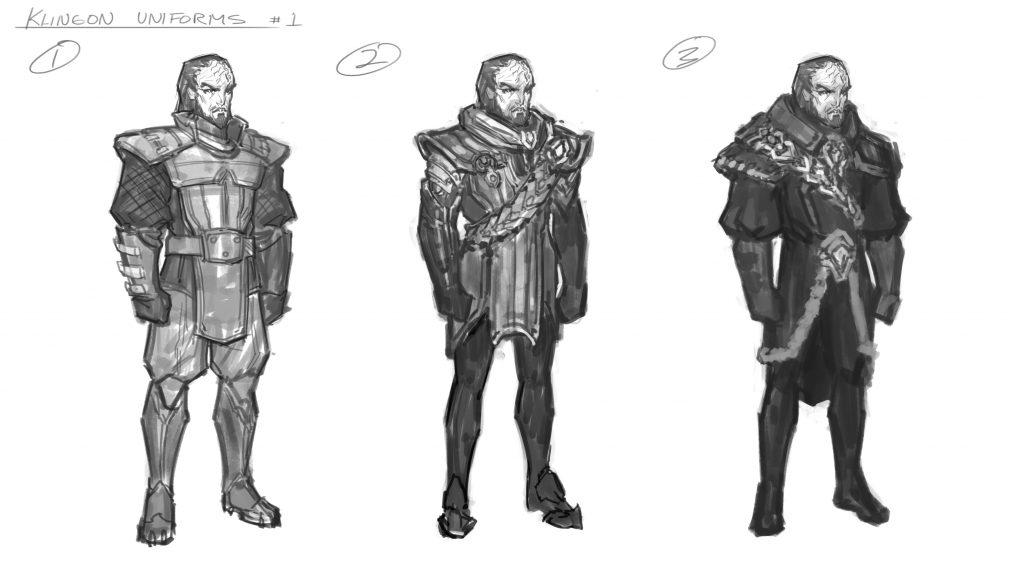 Costume designs we were working on for Kharn.

So stay tuned for more info!