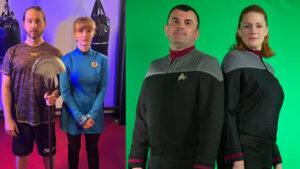 I’m not sure what MOST of you did this past weekend, but I do know what a FEW of you were doing…and believe me, it was exciting!

In the mythical land of northwestern Arkansas, JOSHUA IRWIN was making movie magic with the cast and crew from the AVALON UNIVERSE. But this time, he was not shooting on the TOS sets at WARP 66 STUDIOS. No, instead, Josh and the team were inside of a martial arts gym filming what looks to be an amazing fight scene. Despite many such fights in TOS (Kirk punched almost as often as he kissed!), fan films usually shy away from dangerous stunt fighting because, well…it’s dangerous! But this fight scene is using real black belts and trained martial arts fighters.

Meanwhile, in the equally mythical land of England, across the pond known as the Atlantic Ocean, the Great CGI Wizard of Star Trek SAMUEL COCKINGS finally had all of the actors necessary—after nearly 4-years!—to shoot the raw green screen footage for the mega-crossover fan film extravaganza CONVERGENCE. Crowd-funded in late 2018, Convergence seemed to be cursed by delays in getting actors to England all at the same time and then by COVID. Indeed, in the meantime, Sam has shot the footage for and released many of the TREK SHORTS fan films that he crowd-funded in 2021! But Sam finally assembled the Convergence “Avengers” for a grueling and ambitious—but still fun!—four-day shoot near his home in Bedfordshire, U.K.

The two fan film shoots that took place over this past weekend couldn’t have been more different…and I don’t just mean the actors’ accents! One was shot in a practical location with physical stunts. The other was limited to the front of a green screen, constraining most exaggerated movement by the characters. One was set in the 23rd century the other in the 24th. And one was filled mainly with actors who have previous experience in fan films. The other featured mostly cast members for whom this will be their first fan film!

As a change of pace, I’m going to do a two-for-one blog, spotlighting both of these shoots on different continents by letting each of their showrunners say a few words…

JOSHUA IRWIN – THE NEEDS OF THE ONE 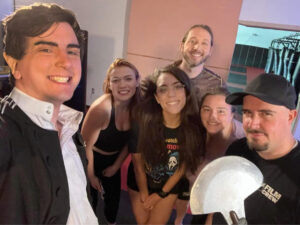 JOSH – We were at Inferno Martial Arts in Bentonville, AR. The neat thing about it is that, of all the shoots we’ve ever done for Avalon Universe—traveling to Georgia and Oklahoma and as far away as Phoenix, Arizona…as well as all of those 2-3 hour trips to WARP 66 Studios in Flippin, Arkansas—this is the least amount of driving I’ve ever had to do. The gym is literally only a block away from my house!

We had ten people there. There were supposed more because I wanted extras in the background, but they weren’t able to make it. So I’ll need to go back there at some point and get shots of a bunch of crew onlookers in uniform “watching” the fight.

Cora Wilson in white and Alex Redford in blue

In the scene we just shot, T’Prin is going through a Kal-if-Fee ritual on the Excalibur (I guess we can call that an Excal-if-fee!), and I wanted it to look as real as possible. And since I do martial arts myself, I wanted people who already knew the moves that I wanted them to do. Cora is an actual black belt in multiple disciplines: Brazilain Jiu Jitsu and two different styles of Kickboxing. Blake is also an accomplished kickboxer. And it went extremely well.

I wrote the whole fight out in the script. CHUCK MERÉ, who appeared in four previous Avalon fan films (he’s no longer with the production) and is also a martial artist and stunt person, had suggested during the filming of AIR AND DARKNESS that we break up the fight into small, manageable sections of just a few moves each. That way, the actors and stunt people wouldn’t have to memorize long pieces of fight choreography and instead could concentrate on just three or four moves at a time. This approach also allows us to set up the camera specifically for a certain short sequence.

So I would say something like, “Okay, let’s do butterfly guard to a sweep leading into a toriando pass,” and being martial artists, they knew exactly what to do. We’d have two or three practices, but not because they didn’t know the moves. Instead, the rehearsal gave me a chance to direct their specific actions, for example, telling Blake to work harder to keep his footing during the sweep and not fall to the ground too quickly.

All principle photography is now completed, and only a few pick-up shots remain. We need to re-do some short bits on the bridge, get some extras in for reaction shots in the corridors, stuff like that.

I got home Sunday night, and I’ve already cut together the entire fight scene, so we pretty much have a rough cut of the entire film. I have all but two VFX shots from Sam Cockings, and those will be coming soon. So expect to see the finished fan film, The Needs of the One, on July 28.

And speaking of Sam, that’s a perfect transition to…

SAM – We’ve just completed four 9-hour shoot days…10am-7pm each day! After 4 long years, we were finally able to film all of the group work and a good chunk of the solo stuff, as well. We just have a few smaller scenes to go, and then it’ll be 100% shot. We ALSO filmed a large chunk of the new Starship Intrepid Films 2022 collaboration film! 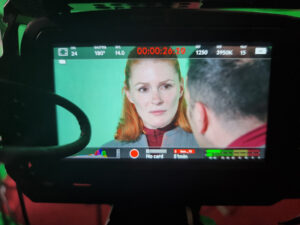 This 2022 version of Convergence is a total re-write from the ground up and won’t use anything from the 2018 version. Over this intensive 4-day marathon, we managed to get about 80% of the whole project in the can…a hugely ambitious project! A big congratulations for my amazing cast, especially NICK COOK, who was the only one shooting on all 4 days! 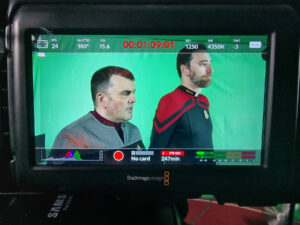 What a session, too many memories to mention! It was exhausting but exhilarating, and to actually see ALL of my Trek Shorts cast leads together at the same time was amazing. We’ve long since passed the 30+ shoot-day mark for the Trek Shorts project, and I’ve got to work with everyone on so many amazing films that have yet to be released! 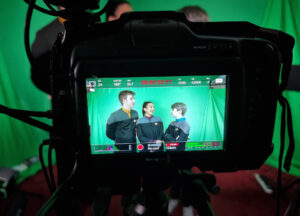 I can’t wait for everyone to see the finished film as we have some real gold here with these fantastic people! Thank you again to all the amazing donors as, without you, this would not be possible!

We hope that fans will come out and support our 2022 crowd-funder to ensure we can finish this journey and bring everyone a LOT of varied and fun fan Trek!

This site uses Akismet to reduce spam. Learn how your comment data is processed.