Last week: it had been a long road for STAR TREK: RENEGADES… getting from there to here. “There” was a an idea back in 2006, on the last day of filming Star Trek: Of Gods and Men, of a “Star Trek meets The Dirty Dozen” fan series concept…maybe even a pilot to pitch to CBS! And “here” was the Crest Theater in Westwood, August 1, 2015, for the red carpet premiere of a 90-minute, $400,000 Star Trek “fan” film with veteran actors and professionals working alongside amateurs and novices…all for the love and passion of a sci-fi franchise that hadn’t seen a new television episode in more than a decade!

In between were three different crowd-funding campaigns, many months of pre-production, two weeks of studio shooting with 61 actors and a total crew of 170, nearly two years of post production, and 637 different visual effects shots. And it all led to this moment with a movie marquis on Westwood Blvd. in Los Angeles that read: 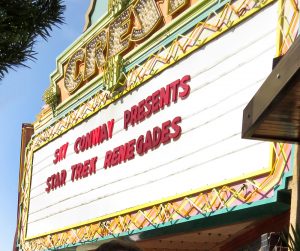 There were two showings, each with a limited number of tickets available (the theater only seats 460, and there were cast members and crew in attendance, as well). The Renegades team made 325 tickets available to donors and the general public for the first showing at 4:30 pm for $20 each (and that’s when I made my first donation to the project). And thanks to a friend of mine who worked on the production, I was able to get in again for the second 7:30 pm showing that was intended to be exclusively for cast, crew, and the media.

Nichelle Nichols (who came to support her friend Walter Koenig), Adrienne Wilkinson, and Robert Picardo arrive on the red carpet for the premiere.

It was quite the happening! The first showing was mainly fans, many in costume. But after the theater was cleared from that audience, the red carpet and “runway” background were set up, the Paparazzi began to assemble (seriously, there were more than a dozen of them…including me!), and the limousines started arriving. Yes, there were limousines.

Wanna see what it looked like inside?  Both showings were completely sold out… 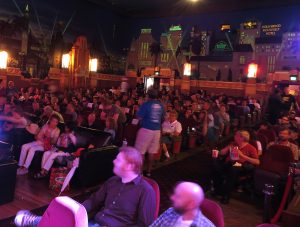 And before each showing, extra perk merchandise was available for sale…er, I mean DONATION! (And yes, many of those items in the photo below had the words “Star Trek” on them and were not licensed…we’ll get to that next week.) 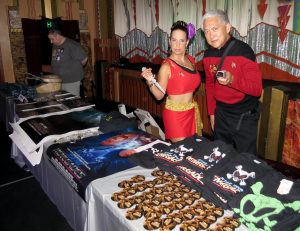 The big stars mingled with the crowd, and director TIM “Tuvok” RUSS got a kick out of the fact that I wore an AXANAR T-shirt (designed by yours truly) to a RENEGADES premiere! Back then, Axanar and Renegades were friendly rivals who shared many of the same team members. 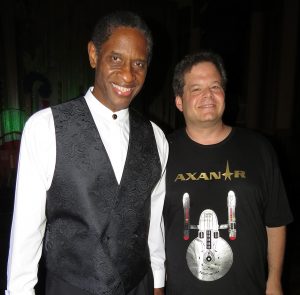 After the evening screening of the film, producer Sky Conway got up to talk about the history of the project, and he invited a few others like Walter Koenig to come up and say a few words… 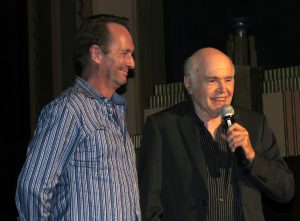 And finally, all of the actors who appeared in the production and were in the audience were invited up on stage for a group photo and curtain call…

I was an amazing night and a special experience that I will always treasure. That was the moment I became…a Renegade!

A few weeks later, on August 24, after another theater screening in Las Vegas the weekend of Creation Con, the full final film was finally released to the masses on YouTube. You can view it here:

So what was the reaction to this mega fan film project? That depends on whom you asked. Personally, I loved it, and I said so in this blog I wrote on the Axanar website right after the premiere. And I’ve spoken with many others who were blown away by the finished product and raved about it.

Other fans weren’t quite as impressed, and some were downright disappointed. (Trekkers can be quite the harsh judges, you know!) Complaints about story, sound, lighting, costume design, make-up, directing…you name it, someone complained about it.

While I can’t claim to know the hearts and minds of thousands (now millions) of people, I suspect that the difference in reaction from positive to negative stemmed at least in part to setting one’s expectations properly (or improperly). Yes, this was a $400,000 production, but $400,000 is just a tiny fraction of the tens or even hundreds of millions of dollars that get spent on studio-produced Star Trek television series and movies. For me, I looked at how much they HAD accomplished…not where they had fallen short. For me, this was absolutely a MUST SEE fan film!

And then there was CBS’s reaction… 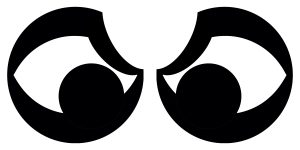 Remember that the hope of the producers had always been to present this idea to CBS as a pilot for a new TV or web series. After all, original TV Star Trek had been off the airwaves since the cancellation of Enterprise back in 2005…ten years earlier. Wasn’t it time for new TV Trek? Why NOT Renegades? It was fresh, original, and different from what had come before. CBS didn’t even have to use the actual episode as filmed. This could be a “proof of concept,” and the studio could use the idea and re-shoot from scratch. Just so long as Star Trek lived again on TV, fans would be happy!

So Sky Conway and his team hired an entertainment lawyer and finally knocked on the door of CBS, proudly displaying their 90-minute proposed pilot episode and hoping for an equally enthusiastic response.

Sky told me during a recent conversation that the folks at CBS did, in fact, watch the entire film, and they told him they sincerely liked the show. But they said they were still under license agreement with Paramount for development of new Trek content. (Of course, three months later, CBS would publicly announce Star Trek: Discovery, so it seems that this licensing agreement, whatever the details, either changed or expired shortly thereafter.)

The studio execs also told the Renegades team that, when and if they did move forward with a new Trek TV series, it would be a more classic approach for Star Trek with more exploration, not as dark and gritty as Deep Space Nine—and Renegades was DEFINTIELY a more dark and gritty kind of Star Trek. (We’ll soon see if Discovery followed up on that plan.)

On August 18, after meeting with CBS, the Renegades team made the following announcement to fans:

As promised to our backers, we engaged the top entertainment attorney in LA who has exceptional connections to CBS and Paramount. For reasons we are not able to disclose, CBS cannot move forward with Star Trek Renegades at this time – or any Star Trek series for that matter.

We have nothing but praise for CBS. Their approach in allowing these independent productions supported by fans is enlightened and progressive. They deserve kudos for understanding that it is us — the fans — that keep Star Trek alive.

So, we are excited and pleased to announce that we will be moving forward with Renegades as an independently produced fan-supported Internet TV Series!

Our current film will be denoted as Episode 1 (the pilot) and we are actively writing Episodes 2 and 3. Walter Koenig has agreed to reprise Admiral Chekov in this two-part episode, with Episode 2 ending with a cliffhanger, and Walter has decided that Episode 3 will be his final performance as Chekov.

Now, it should be noted that CBS—at no time—told the Renegades team to stop making their fan film. In fact, up until the the August 2015 meeting, according to Sky Conway, the Renegades team had had no contact of any kind with CBS…no meetings, no calls, not even an e-mail.

And when the meeting finally happened, CBS didn’t tell them to stop. So Renegades assumed they has the okay to go on making more Star Trek fan films—and not just one or two. They had a plan to release TWELVE per year! Don’t believe me? Check out the rest of their announcement

Our goal is to produce 12 episodes a year, or roughly one per month! To accomplish this, we’ll use conventional episodic television production schedules, including shooting each episode in 7-8 days, editing and scoring the episode over the next month, then completing the VFX over the following 2-3 months. And this is now possible since we have the core Renegades team in place, and most of the difficult and time-consuming VFX work was accomplished for the pilot.

That did seem a little ambitious, as did their next Kickstarter in November of 2015…with a jaw-dropping goal of $350,000! They were trying to fund episodes 2 and 3 together. And like Axanar had done a few months earlier with their Indiegogo campaign, the Renegades team really expected to generate a LOT more than just that base amount…listing stretch goals to well over a million dollars!

Instead, they barely made their goal. With just two days left, the Renegades campaign still needed $25,000! (Remember with Kickstarter, if you miss your goal by even $1, you get nothing!) Fortunately, they reached their goal with just 30 hours to spare and finished at $378,000 from 3,400 backers. 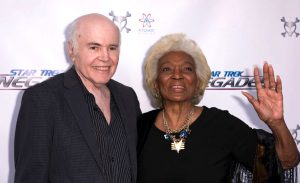 But that was enough to film their first two half-hour episodes with Walter Koenig and, it was announced during the campaign, Nichelle Nichols would be returning one final time to play Admiral Uhura! Fans were again very excited for more Renegades!!!

Then the cops came in and raided the game.

A month after Renegades‘ $378,000 Kickstarter finished, CBS and Paramount filed a multi-million dollar copyright infringement lawsuit against Alec Peters and Axanar Productions. How would this affect other fan productions? No one knew yet! And as 2016 began, the fan film world held its breath to see what would happen next…

As most of you know, Alec Peters began fighting back hard against the studios with a top intellectual property law firm working pro bono (for free). And you can read more than you could ever imagine about that lawsuit here.

Then in late February, Tommy Kraft released the long-awaited and very impressive Star Trek: Horizon, a 100-minute Enterprise NX-01 era fan production made for only about $50,000 but looking amazing. CBS and Paramount did NOT sue him. However, six weeks later, when Tommy announced a $250,000 Kickstarter to fund his next Star Trek fan project, Federation Rising, he was contacted by CBS and “politely” told to take down the Kickstarter page and not to crowd-fund his production.

Also in April, the fan series Star Trek Continues decided to move full steam ahead with a new Indiegogo campaign with a jaw-dropping goal of $350,000. Considering that Renegades had barely made their $350K goal (which happened before the lawsuit and used the more widely-visited Kickstarter site), STC seemed to be shooting for the moon. That said, they still managed a VERY impressive $200,000 total. And unlike Tommy Kraft, they did not get a call from the studios telling them to stop.

So how would CBS and Paramount react to the fact that Star Trek fan films were STILL generating hundreds of thousands of dollars in crowd-funding? Would the studios be content simply stopping Axanar…or were there still more dragons left to slay?

Next time, we conclude our 5-part (how the heck did this get to be FIVE parts???) Renegades retrospective with the rather unwelcome arrival of the fan film guidelines and how they forced the high-flying Star Trek: Renegades to become simply Renegades: The Series.