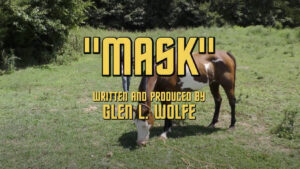 I want you to imagine something. You and your best friend have built a bunch of super-accurate Star Trek TOS sets near your homes. You’ve got a partial bridge set, sickbay, transporter room, briefing room, corridor, and even the inside of a shuttlecraft. You can go there anytime you want, stay as long as you like, invite friends, etc.

You might even…I don’t know…shoot a Star Trek fan film??? C’mon, you know you would!

And starting in late 2017, that’s what GLEN WOLFE and DAN REYNOLDS began to do. Actually, they had both been involved in fan filmmaking for years previously, working on both other people’s projects as well as their own. The Federation Files released the first of its many, many Star Trek anthology-style productions back in 2016. Titled “His Name Is Mudd,” much of the episode was shot at the now-dearly-departed STARBASE STUDIOS while it was still in Oklahoma. Their second episode, “Walking Bear, Running Wolf,” and part of their third episode, “Extraction” were filmed at Starbase Studios after the sets were moved to Arkansas.

But “Extraction,” released in late 2017, also marked the first time Dan and Glen shot on their own set…in this case a shuttlecraft cockpit made of some elements donated from JAMES CAWLEY of STAR TREK: PHASE II after being used in their episode “The Holiest Thing” and completed in a TV studio building that Dan owns near his home in northern Arkansas.

Likewise, their fourth episode, “Galaxy Hopper,” included scenes shot in the briefing room, transporter room, and corridor sets at Starbase Studios early in 2018. But the episode featured, for the first time ever, scenes filmed on a brand new partial bridge set constructed by Glen and Dan at another of Dan’s studio facilities. With both a shuttlecraft cockpit and a bridge set, and with more sets planned, the two fan filmmakers officially christened their production location WARP 66 STUDIOS (“WARP” standing for Wolf And Reynolds Productions and “66” being the year that Star Trek debuted).

Amusingly, their fifth episode, “The Equinox Effect,” shot in 2019, utilized almost none of the TOS sets that Glen and Dan had constructed. The TOS sets that appear in that fan film were actually the ones located in upstate New York, rented out by James Cawley back in 2015 to the producers of the never-completed STAR TREK: EQUINOX – “The Night of Time,” footage which Glen Wolfe “rescued” to include in this original episode of The Federation Files. Meanwhile, Glen was building out a sickbay, transporter, briefing room, and corridor set to add to WARP 66.

Why this elaborate history lesson, you ask? It all goes back to the question I asked above: if you had complete and total access to high-end TOS set recreations, wouldn’t you want to shoot some cool fan films on them?

The sixth and seventh episodes of The Federation Files, released a few months apart in 2020, both take place in Star Trek‘s “past”—our present day. The sixth, “Voices from the Past,” featured two investigators looking into possible alien encounters covered up by the government over the past few decades. The seventh, “The Green Manifesto“—one of the first “fandemic” films shot carefully with social distancing—attempted to tie in the rapid spread of COVID to a genocidal plot by the evil Major Green in the time period before he became the notorious Colonel Green from TOS’ third season episode “The Savage Curtain.” So just like the fifth episode, neither the sixth nor seventh ones utilized a single TOS set because they were both set in the “past.”

In the meantime, the other Arkansas-based fan series, THE AVALON UNIVERSE, was making rather frequent and extensive use of all of the growing offerings of the WARP 66 Studios TOS sets, shooting six consecutive fan films there both before and during the pandemic. 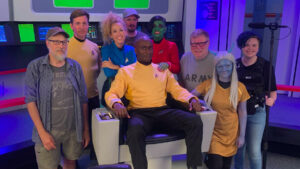 But I found myself wondering when I’d see a Federation Files episode set on board a 23rd century starship again. There’d now been three in a row without TOS sets…

…wait, make that four. In late 2020, The Federation Files released their eighth episode, “Friends and Foes,” rescuing footage from yet another never-completed fan film and incorporating those scenes into an original episode.

And then, a short while later, The Federation Files released their ninth fan film, “Mask.” Did this one FINALLY feature scenes set in the 23rd century? Not even close! Take a look:

This sequel to “Voices from the Past” brings back the investigators Brown and Oakley and tells a fun, exiting, and compelling story. But where, oh, where are those TOS sets? I needed to talk to Glen Wolfe…

JONATHAN – Okay, so you’ve got these GORGEOUS sets…you and Dan even built them with your own four hands (and some help, of course). Why in heck aren’t you using them???

GLEN – Well, we were working on “Voices from the Past” prior to the pandemic, so that one was planned. However, during the shooting of that, the pandemic overtook the U.S., and Dan wondered if we could do a story about some kind of virus. We really wanted to get one out in a timely fashion, so I wrote “The Green Manifesto,” and shot it at the same time we were finishing up shooting “Voices from the Past.” So in a way, “The Green Manifesto” was kind of an accident.

And then “Friends and Foes” came about because of all of the footage I had acquired from MICHAEL DEMPSEY, and it looked like an easy thing to shoot during a pandemic.

And then, of course, the real answer is that because this is an anthology series, we are not tied to any particular time frame, cast, or even sets. So basically, we shoot the stories that we have that utilize the most assets available at the time. 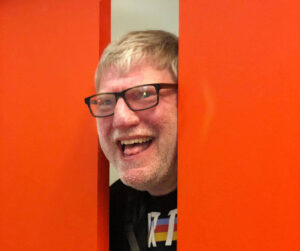 JONATHAN – So it just kinda happened the way it happened, huh? There’s no real reason you were avoiding using the sets.

GLEN – Not really, no. In fact, we just released our tenth film, “Doppelganger,” and that one makes extensive use of our TOS sets.

JONATHAN – Yeah, but I wrote the introduction to this blog months ago just after “Mask” came out, and “Doppelganger” hadn’t been released yet. Then things became ridiculously busy, and by the time I finally got around to interviewing you, a new Federation Files episode full of TOS scenes had been released. D’oh! But I’ll get to that one in another blog.

For now, let me focus on “Mask.” Are you happy with the way it turned out?

GLEN – Yes, I am. I only wish I had written more for the alien to do because I thought the make-up looked really great. Otherwise, it turned out almost exactly as I had envisioned it. 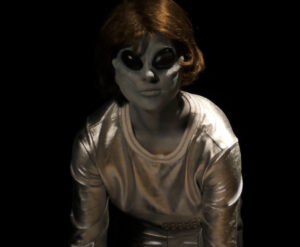 JONATHAN – Are you planning any more episodes spotlighting the characters of Brown and Oakley?

GLLEN – Yes, I have a script written right now, and I’m hoping to shoot it this year. But I have no actual plans at the moment, as I have two other scripts I’m currently shooting. My goal is to make one Brown and Oakley episode per year.

JONATHAN – How about Major Green…any plans for more of him?

GLLEN – Yes, although I do not have any scripts currently planned for him.

JONATHAN – And finally, are you planning on building any other new sets for WARP 66 Studios?

GLEN – We are currently planning to restore the 360-degree bridge, and I’m planning on completely enclosing the conference room and adding onto sickbay. Also, we’re building a temporary set for an upcoming episode which is the K-7 bar and the Botany Bay interiors.

JONATHAN – Wow, those cryogenic chambers look amazing…awesome job! I can’t wait to see what you bring us next.