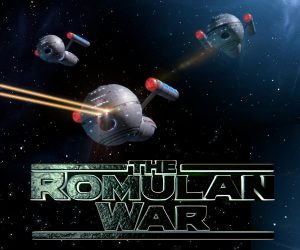 As any long-time Trekker will tell you, the founding of the United Federation of Planets happened just after the end of the Romulan War with Earth and the Coalition of Planets.  In fact, Star Trek: Enterprise was just beginning to explore the origins of that war when it was ignominiously canceled after only four seasons.

Thanks to the Pocket Books Trek novels, fans have gotten a better glimpse into the Romulan War.  But what if you want to WATCH the war unfold?  Star Trek fan films have offered fans a couple of options.  The long-running, low budget fan series THE ROMULAN WARS (based in Arkansas) produced ten episodes over the span of a decade.  Then in 2016, TOMMY KRAFT released the super-impressive STAR TREK: HORIZON, also based during the Romulan War and featuring the crew of the starship Discovery NX-04.

And now, lightning is about to strike THRICE with a brand new fan series titled THE ROMULAN WAR (no ‘s’ at the end) that’s going to take a very unique look at this significant piece of Star Trek history.  Creator MARK NACCARATO (from Nashville, Tennessee), has created a mockumentary-style production looking back at the Romulan War as a 24th century historical documentary.  Trekkers haven’t seen a fan film approach like this since the wildly popular PRELUDE TO AXANAR with featured a mockumentary-style look back at the Federation’s Four Years War with the Klingon Empire from the point of view of a decade later.

The Romulan War just launched a $10,000 Indiegogo crowd-funding campaign last week, and a lot of people are getting very excited.  Already, fans have donated over $1,200.  Why are they so excited?  Watch this video and see if you get excited, too…

Unlike last month’s Kickstarter campaign for The Holy Core, which only made it halfway to their $12K goal and, therefore, received nothing, Indiegogo doesn’t require that campaigns reach their published goal to turn pledges into actual donations.  So every dollar donated to The Romulan War will go toward funding the project.

Also, most the scenes have already been filmed!  So the question isn’t whether this fan film will be completed but simply how awesome will it look when it’s done. 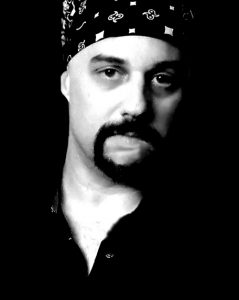 MARK- Hi, Jonathan, thanks for taking the time to engage and promote the fan community and for allowing me to talk about my project.

JONATHAN – The pleasure is all mine, Mark.  I think you’ve got a fantastic project!  In fact, I just donated a hundred bucks myself…and I fully expect that perk of hearing my voice in your fan film!

MARK – You can count on it!

JONATHAN – Okay, so you’ve just launched an Indiegogo trying to raise $10,000 for your fan production. What are the top three reasons someone should give you guys their money?

MARK – The Earth-Romulan War of the 22nd century is arguably one of the most important events in the “history” of Star Trek since it leads to the birth of the Federation. And yet, we’ve not seen it depicted on screen in any of the official Trek productions during the entire 50-plus years of the franchise. Our goal is to give the Romulan War the same kind of epic, textured feel that Deep Space Nine created with the Dominion conflict—only with a low budget spin on how the story is told. 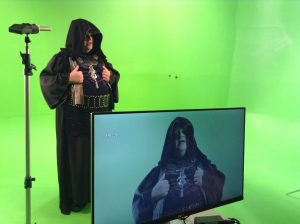 The second reason we hope folks will support us is that we’ve already done most of the heavy lifting. We’ve been self-funded so far and have about 75% of the principal photography in the can along with many of the visual effects shots and the design work. We still have a lot of post-production work to do as well as the remaining 25% of the footage to shoot. The Indiegogo campaign is going to help us finish what’s already been started, so supporters can feel confident that they’re going to see a finished project with TRW.

Third, we have an awesome story to tell—especially if you’re a hardcore Star Trek fan or a fan of war movies! We have great visual effects by SAMUEL COCKINGS from Trekyards, and with his help, we are able to realistically depict the various campaigns of the Romulan War. We’ll see some familiar characters from Trek history, and we’ll meet some new characters. We track the story from the Romulans’ perspective, too, and watch their society go through a massive upheaval.

JONATHAN – What would you say in the most unique thing about The Romulan War as a fan film project?

MARK – I’d have to say that the story we tell and the way we tell it are what makes us unique. The Romulan War spans the entire four years of the conflict, which allows us to follow the various victories and defeats that take Earth from being a third-rate power to becoming the architects of the United Federation of Planets. And while we do have our share of kickass space battles, The Romulan War shines when we show the smaller personal moments that address the impact that war has on people as individuals. 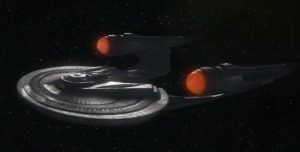 TRW examines some classic Trek themes about war and conflict in general: how it can push people to commit acts of brutality but also to acts of heroism and sacrifice, how seemingly invincible empires can still fall when they become arrogant and overreach. We also look at the impact on a society when it choses racial purity over “infinite diversity in infinite combinations.” It’s that blend of science fiction, war fiction, and political intrigue that makes The Romulan War unique. And also the kickass space battles!

JONATHAN – It appears that you’re planning to do a “mockumentary” style fan series in the same vein as Prelude to Axanar. Is that correct?

MARK – Yes and no. The better comparison would be to Ken Burns’ The Civil War or the BBC’s The World At War series. The World At War was a big part of my formative years, just like Star Trek and Star Wars were, and it was the primary inspiration for the tone and structure I had in my mind as I outlined the story and wrote pages for it.

Just for the record, The Romulan War (which was originally titled The Raptor’s Wing) was conceived of and written long before Axanar or the Romulan War novels. I came up with the basic story for TRW all the way back in 2000 over coffee with my pal BOB GIORDANO. Bob is a fellow writer who had helped me flesh out a batch of stories that I had pitched to the producers at Star Trek: Voyager a couple years earlier. Anyway, Bob and I had both just heard that the next Trek series, Enterprise, would be a prequel. My idea was that Enterprise should begin with a Pearl Harbor-like invasion by the Romulans which would thrust our peaceful crew of explorers and scientists into the middle of an interstellar war right from the get-go. Ron Moore would basically do this same concept when he rebooted Battlestar Galactica, but alas that’s not what we got with Enterprise.

Not long after Enterprise premiered, I made a low-budget short film called The Crusader. The Crusader was a superhero movie which was framed as if you were watching a true-crime reality TV show. I used the documentary format for a student film in 1990, as well, and one lesson I’ve learned is that when you are on a micro-budget, telling a story in the documentary format allows you to keep production costs down and yet still tell a story that has a larger scope to it. 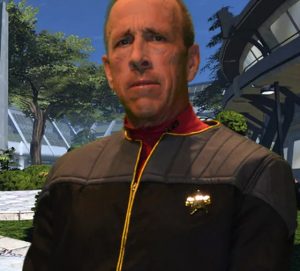 I want people to think that watching The Romulan War is like if they lived in Captain Picard’s era of the late 24th century and they wanted to find out about the Earth-Romulan War of the 22nd century.  They would access the Memory Alpha history database and watch the Federation’s historical archive. That’s the feel of what The Romulan War is—you are watching an historical document.

JONATHAN – It sounds like your story is vast and might need more than just the two 15-minute episodes allowed by the fan film guidelines.  How many episodes are you planning to make, and will you be following the guidelines?

Come back tomorrow for part 2.

And in the meantime, please consider making a donation to the Indiegogo campaign for The Romulan War…or at least pass along the link to your fan film friends: