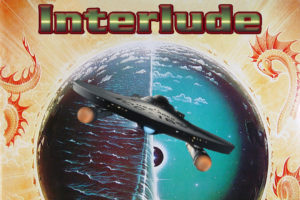 The typical “life cycle” for most crowd-funding campaigns (especially for Star Trek fan films) is a burst of excitement and donations at the beginning, then a slowdown in the middle, and (if you’re lucky) a smaller burst at the end just before the deadline. I’ve seen it dozens of times.

The problem for my Axanar Universe fan film INTERLUDE, however, is that I decided to use GoFundMe instead of Kickstarter or Indiegogo. The latter two have built-in deadlines—usually 30 or 60 days—before the campaign must either reach its goal or fail.

But GoFundMe is open-ended. Conceivably, I could still be raising money for Interlude when Earth makes first contact with the Vulcans 44 years from now! Of course, I don’t plan to do that. At some point, I will need to shut this campaign down and deliver a completed fan film to you all. The question is…when?

We had a FANtastic first month, taking in nearly half of our goal from more than 100 backers ranging from $5 and $10 and $20 donors to donations in the hundreds and even thousands of dollars! But in the past couple of weeks, although donations are still coming in, the pace has slowed considerably…which is consistent with the crowd-funding “life cycle.”

Unfortunately, without a specific deadline, it’s unlikely that we’ll get that final boost. And even if I do set an artificial deadline (which I am about to do in this blog), it’s not likely that we’ll reach or exceed the $19,500 goal that our budget calls for.

However, as I mentioned last week, my budget blog back in June mentioned that my numbers purposefully erred on the high side in order to provide flexibility for trimming and cutting various items just in case we didn’t make our goal.

So this past week, I sat down with my directors, VICTORIA FOX and JOSHUA IRWIN, and went through every line item with a fine-toothed comb. We sliced, we diced, we cropped and capped. And in the end, we came up with a minimum that we’ll need to commit to making this fan film…as well as the date we’ll need to have those funds by in order to be ready to shoot the first weekend of November.

So what’s our “point of no return”?

Let’s start with budget. Getting rid of nearly every bell and whistle, we can do this at a minimum funding level of $13,500. Conceivably, we might even be able to squeeze it down to $13,000, but Victoria knows that unexpected things go wrong all the time, and her exact quote to me was: “I’d feel a lotmore comfortable with that extra $500…just in case.” Me, too. So we’ll see what happens. I’ve decided to set the “point of no return” at $13,500 knowing that we can come up just a wee bit short and still make it.

And that brings us to the “point of no return” date: August 20. Now, please understand that this is not the date that I will be shutting down the campaign. Let’s say we manage to make it to the $13,500 by the deadline. That allows us to fund certain upfront items immediately and still have enough to shoot in November. But maybe another thousand or two might come in before November and something we thought we couldn’t have suddenly becomes possible after all.

The August 20 date was based on a number of things that need to happen before cameras roll the first weekend of November, and it allows us a two and a half month buffer. It also means we’ll wrap up our push for donations shortly before ALEC PETERS begins collecting private funding from backers for the two AXANAR sequels. So I’ll no longer be badgering you with two blogs each week about my project…just in time to start helping raise awareness for Alec’s efforts to fund his project.

Over the next four weeks, however, I plan to do a full-court press in trying to get the word out about the campaign and the deadline. If you can help me do that by sharing the link, I would greatly appreciate that:

And of course, if you haven’t donated yet—or if you have donated and can spare just a wee bit more—we’re currently just above $10K and only need another $3.4K to make it to…the point of know return!