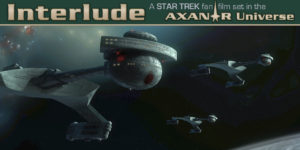 “Production hell” (or “development hell”) is a real thing in Hollywood…so much so that it has its own Wikipedia page. But did you know there’s also post-production hell? Or at least, there SHOULD be!

The three phases of film creation are typically pre-production (planning, budgeting, financing, hiring, scheduling, location scouting, construction, costume and prop preparation, etc.), then production (actually shooting footage), and finally post-production (editing, picture level and color adjustment, visual effects, sound effects, music, sound-mixing, etc.). It’s understandable that the first phase would take a while, and of course, you might spend weeks or months (or more) filming everything that you need. And of course, sometimes these phases overlap a little with each other. But you’d think that, once all the raw footage is “in the can” as they say in the industry, that post-production would go pretty quickly…even on a big-budget project. In fact, especially on a big-budget project, as you can afford to pay people to focus on finishing YOUR production rather than splitting up their time.

Yeah, you’d think post-production would be nice and fast. And maybe it is for some projects…but sadly, not for me and my debut fan film INTERLUDE.

I’m actually not alone in having an unexpectedly extended period of post-production for my project. Some of the most ambitious Star Trek fan films shot the majority of their footage years or even as much as half a decade(!!!) before finally releasing their finished products: STAR TREK: FIRST FRONTIER, PACIFIC 201, STARSHIP EXETER, THE ROMULAN WAR, STAR TREK: TEMPORAL ANOMALY, many episodes of INTREPID…just to name a few. Heck, the series finale of STARSHIP FARRAGUT, “Homecoming,” was crowd-funded back in 2015, shot in 2016, and still isn’t out yet. And of course, fans have been waiting for YORKTOWN: A TIME TO HEAL for what feels like forever. The most recently-announced release dates were this past Christmas day and then the end of January. (A major illness of one of JOHN ATKIN’s family members has delayed the release a bit longer.)

And then there’s Interlude.

Last May, I learned a very painful lesson about announcing the release date of a Star Trek fan film when I told the world that my AXANAR Universe fan production would debut on the date when it had initially been scheduled to premiere had San Diego Comic Con not been canceled. I even edited together an awesome trailer in the style of the old Space: 1999 opening credits sequence that replaced the fateful date “September 13, 1999” with “July 25, 2020″…

Actually, it’s probably a good thing SDCC didn’t happen last summer because—even without COVID—Interlude would not have been ready. In fact, it’s STILL not ready!

That said, it’s ALMOST ready…and when I say “almost,” I mean that the music is finally completed, all of the visuals are done and locked, the credits are finalized (man, I’m gonna have to write one of these Interlude Confidential blogs just about getting the credits right!), and now we’re only waiting for the sound-mixing. We are literally (well, figuratively) inches from the finish line!

So what the heck has been taking us so darn long???

Of course, different productions will always have their own reasons for entering “post-production hell”—whether they be health/family issues, real-life work issues, technical or equipment issues, scheduling issues, lingering production issues (needing to do reshoots), or any of a host of other unforeseen challenges. And sometimes it’s just crazy crap that no one ever saw coming! I can’t speak for other productions, but I can share some of the “crazy crap” that’s delayed us here at Interlude.

I explained in a blog entry last October that our composer, KEVIN CROXTON, was putting a lot of time and effort into creating our amazing music. And it’s not like he’s just sitting around all day with endless hours to work on our fan film. This busy man teaches music at an Arkansas elementary school, is currently editing his own James Bond fan film from last year featuring his students (filmed just before COVID), and he’s had medical issues with both himself and other family members to deal with (some of which required traveling out of state during the pandemic for tests). 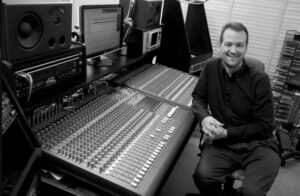 In addition to this, Kevin isn’t just creating “some” music for Interlude. We’ve pretty much got the whole twelve minutes of fan film covered by a nearly-continuous stream of of original (and awesome) music. And there’s about 40-50 separate instruments being played simultaneously! Now, you might be thinking, “Big deal. He’s just using sampled sounds, right? Anyone can turn on extra digital layers of this or that instrument, and get to 40 or 50 tracks easily.” Not so with Kevin. About a quarter of those instruments he actually played LIVE, including a whole bunch of horns. In fact, a few months back, he accidentally smacked his front tooth on the mouth piece of a French horn (an instrument he’s been playing for decades) and thought he might have cracked the tooth! This delayed him over a week—not risking putting any horn instrument near his mouth until his dentist could make certain the tooth didn’t suffer significant damage. (Don’t worry, folks, it turned out that all of Kevin’s teeth are fine.)

But just add that to the list of ridiculous things—like flooding rivers, trapped woodpeckers, stray dogs, and wild tornadoes—that have impacted and/or delayed this project in one way or another since we got started two years ago.

And the crazy isn’t over yet, people! Remember that deep freeze that covered most of America a couple of weeks ago? Well, it delayed Interlude‘s post-production, too!

Things had actually been going pretty smoothly after New Years. Kevin finally got the music completed, after finishing some final tweaks that I asked him to make that probably drove him nuts because I’m such a frickin’ perfectionist! And yes, I also driven my director VICTORIA FOX, my editor JOSHUA IRWIN, and my VFX friend LEWIS ANDERSON nuts, as well. I realize—with a hefty dose of much-deserved guilt—-that I have been asking a LOT from each of these talented and hard-working people, and they’ve been very patient with my desire to get every detail of this fan film just so…even if I’m the only one who will probably ever notice!

And now, the last fellow in the queue, MARK EDWARD LEWIS, gets his turn to put up with me as he does the sound-mixing. 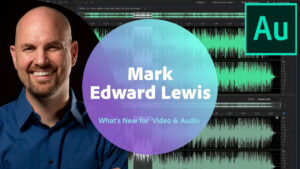 I’m planning to write a full blog entry on sound-mixing after Interlude is out and I can show you all the different iterations of the mixing process. But for mow, the main thing to understand (along with the fact that Mark, like the rest of my team, has other important things to do with his time and can’t just knock out Interlude in a couple of hours), is that sound-mixing can have a LOT of complexities to it.

One of the first things I learned—and admittedly, this is a “duh!” concept—is that you can’t just turn up everything to 11 and have the perfect sound mix (as anyone who saw the movie Tenet will tell you). If you have big, loud explosions, then your audience won’t be able to hear the music. If you want to understand the dialogue, the music has to go lower…but not necessarily all of the music. Women’s voices and the higher strings of violins have the same tonal frequency, while men’s voices and certain horns will cancel each other out. There’s so much knowledge and expertise that goes into making a sound-mix work…so I am really lucky to have Mark on board.

In addition to music and sound effects, we also had a number of voice-overs for background “bridge chatter” that I asked a number of friends in the fan filmmaking community to record for Interlude. And getting all of that chatter just right was a quest for me that definitely pushed poor Mark to the brink of insanity. Initially, there was so much bridge chatter everywhere that it felt like J.J. Abrams and lens flares! So we thinned it down quite a bit. Then I drove Mark extra crazy asking for things as picky as making sure a voice-over on the bridge of the U.S.S. Ares wasn’t spoken by the same person doing a voice-over on the bridge of the U.S.S. Artemis. Sure, probably only I would have noticed GEORGE KAYAIAN or KELLY REYNOLDS’ voices on both bridges, but again, as I said, I’m a frickin’ perfectionist!

Anywhoo, we were down to the last set of mix notes for Mark, and they were coming from Kevin focusing on the music in certain spots where the VFX and music were competing with each other. Trying not to give any significant spoilers, here’s a sample of one of Kevin’s notes:

Pretty cool, huh? Kevin had a half dozen different notes like this one. The only problem was that Kevin was going to write up his notes right after returning from a visit to his parents’ home elsewhere in Arkansas. But then the winter storm hit, the roads iced up, and Kevin was trapped at his parents for three extra days. Then, when he got home, he and his family discovered a pipe had burst and flooded part of their house! By the time Kevin was finally able to write up his notes and get them to Mark, it was six days later than originally planned.

Why does this matter, you ask? As it happened, Mark actually had a tight window during which to get the Interlude mix done before construction workers would arrive to tear down his sound studio for 2 weeks while they inserted pier supports 40 feet down into the ground to shore up the foundation of Mark’s Tennessee home (which also recently suffered flood damage from yet a different natural disaster of torrential rains!). So by the time Kevin’s feedback arrived on Mark’s computer, the floor of Mark’s sound studio had already been ripped out, and there’s now nowhere for Mark to properly finish the mix until the end of the first week of March.

Then, of course, Victoria (as director) gets to submit her notes on the sound- mix that Kevin and Mark present to her. Hopefully, she’ll love what she hears, but if she’d like any changes, Mark will need to adjust the mix again.

All of this is to say that I still don’t know when Interlude is going to be released! But it is SO close to being done. I’ve literally watched the thing maybe 50-60 times, meticulously analyzing edits, carefully listening to it as the music was added, then the sound effects, the background voices. I’ve been living, breathing, and eating this fan film for months now (well, that and four-cheese tortellini with extra toMAHtoes). And I can’t wait for you all to finally get a chance to see what we’ve created!

Unfortunately, thanks to a whacky sequence of crazy events that none of our team had any control over, we are all going to have the wait just a wee bit longer. But trust me, folks, it will be SO worth it!