Yep, it’s another crowd-funder, folks!  But this one’s only trying to reach $1,350…and they’re already about a third of the way there ($420) in just one week!  So congratulations to THE LEXINGTON ADVENTURES!  If you want to make a donation yourself, here’s the link.  It’s a GoFundMe campaign, meaning there’s no perks.  But there’s also no time limit and no requirement to meet a goal in order to collect the money raised.

This year actually didn’t start out so well on the fan film funding front.  A Kickstarter back in March for The Holy Core failed to get even halfway to their $12K goal, despite being run by the same folks who wrote and directed the highly popular Chance Encounter fan film.  Fortunately, an angel donor can through and funded the entire production, so The Holy Core will be made, after all.  Yay!

Things were still looking sluggish in April when a $10K Indiegogo for The Romulan War stalled about halfway to its goal.  But after extending the campaign out an additional thirty days, The Romulan War not only fully funded but surpassed the goal with nearly $12K, allowing them to cover the overhead cost of using Indiegogo in the first place.

Also wrapping up last week and going over their Indiegogo goal was the non-Trek fan film (but edited by Axanar and Free Enterprise‘s own Robert Meyer Burnett) Sky Fighter, which blew past its $25K goal to finish at $31,284.

So things seem to be looking up for fan film crowd-funding…at least for now.  Can The Lexington Adventures continue this trend and reach THEIR goal, as well?  To do that, they need support from fans like you.  Is Lexington worth your donation dollar?

For the answer to this question, I went right to the source: show-runner JOSEPH “JOEY” BONICE and VANCE MAJOR, who will be a producer on this fan film.  Joey works for the U.S. government and is currently stationed in Germany.  But he’ll be moving back to the U.S. soon and and will be diving right into working on The Lexington Adventures, currently scheduled for filming during the third week of September.  Vance is known to most fans as the face of Erick Minard of Starship Valiant and about 30 other fan films that Vance wrote and directed.

Let’s see what the guys had to say…

JONATHAN – So let’s cut right to the chase: Why should fans want to donate dollars to your project?

JOEY – That’s a good one. I’m just a small-time producer on a small production. If people want to donate, that’s cool. They’ll be supporting one of the few live action Wrath of Khan-era fan films. And we’ll put every dime to good use. As I mentioned in the fundraiser campaign, all proceeds will be going to production costs, uniforms for the actors, and craft services.

VANCE – The thing is, there’s a lot of projects out there that are asking for a ton of cash. We’re the underdog. We are not asking for a lot. And we’re going to put our money where our mouth is. Uniforms aren’t free. But we’re smart with our money and focused on what we absolutely need and not a penny more.

Having worked on over 30 fan films, I know how to stretch my money, or lack thereof. The bottom line is, we won’t waste your money if you donate. And you can feel safe by donating just ten or twenty bucks, ’cause we’re not asking for an unreasonable amount.

JONATHAN – So Vance, I thought when you finished up the Minard saga that you were getting out of the Trek fan film-making biz (except maybe to help out in small ways if asked). Being a main producer isn’t a “small” way, dude! What happened to pull you back in?

VANCE – Well, I stepped away from doing my own films, which everyone dubbed the Minard saga. But I never had a problem helping others with theirs. And honestly, behind the scenes is more interesting, especially projects like Lexington Adventures, Project Defiant, Dreadnought Dominion, and next year’s Constar Chronicles.

The problem was just doing 34 fan films by myself: acting, producing, directing, scouting locations, hiring the other actors, writing the scripts, make-up if needed, getting props and materials. On and on and on…all while being IN the production. And working 60 to 72 hours a week trying to be a dad. I’m a father first. Nothing on that has changed.

But doing this and helping behind the scenes and taking a back seat on things helps me focus on what’s important and still have some fun and help others create. It’s a nice balance. I’ll never go full force like I was. I simply can’t. My son is too important to me, and we have too much fun together. But to go back to your question, compared to last year, yeah, a producer IS a “small” way because I’m not alone. That’s one of the reasons I’m coming back next year for The Constar Chronicles.

JONATHAN – And what’s your background in Trek fan films, Joey?

JOEY – I started by writing short stories in August 1987 (yes, you read that right: 1987), only a month or so before TNG debuted. I never wanted to do stories about Kirk and company…there had to be other crews with stories on their own that would rival the good crew of the Enterprise. So was born Lexington.

Since then, I’ve helped Vance on some of his Melbourne and Minard films, doing the CGI for several USS Constar and Melbourne animations

JONATHAN – Who else will be involved in creating this project?

JOEY – Right now, Vance is the producer (and I want to give major kudos to him; we’d be nowhere near where we are without him!) and KENT “WORDS” EDWARDS is directing. Both have excellent track records in completing quality projects.

JONATHAN – How about the cast…are there any names fans might recognize from other fan films? 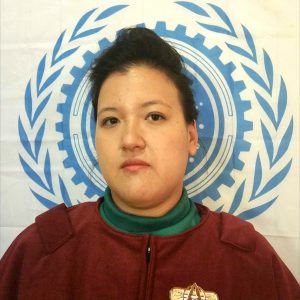 JOEY – We’ve almost completed casting, and as the fundraiser goes along, I’ll announce the actors. I can tell you that we’ve got JIM LEWIS playing Captain Alexander McKnight and YAFFAH LEWIS will be the ship’s doctor, Lt. Commander Dawn Mathias. Both of them were in some of Vance’s Minard fan films.  We also have SAMUEL JOHNSON playing Lt. Commander Jason Tovey-Whitfield. As we go along, you’ll recognize some of the faces on the screen, as they’ve played in other fan films.  But for now, we’re keeping them under wraps. LOL!

JONATHAN – How many people in total do you estimate will be working on your first episode?

JOEY – It’s a small production, not more than 20…though if people want to volunteer to help, that’s great…we can use the help!

JONATHAN – What’s the backstory on The Lexington Adventures?

JOEY – As I mentioned above, it all started in August of 1987 by writing short stories. To be honest, my late father pushed me to get a hobby, and Lexington was it. I didn’t decide to go live action until after I saw New Voyages’ “In Harm’s Way.” It’s been a long road (pun intended), but I believe we’re ready to go.

JONATHAN – So what makes your fan film unique?

JOEY – As I also mentioned, we would be one of the few TWOK-era fan films in production. Whoever says making these films is easy, I would welcome you to try it. It’s not as easy as it looks!

We will be almost completely on green screen, as we don’t have the facilities available to attempt to build a TWOK-era bridge, and I don’t have $200,000 burning a hole in my pocket! LOL!

VANCE – The thing that I think makes Lexington Adventures unique is that Joey has this huge bible of backstory. When I go into a production, I usually go and play it by ear, sometimes go in blind—LOL!—that’s the nature of the beast sometimes…especially with fan films.

When Joey approached me to do this project, he sent me the script and then the bible of Lexington, and it’s so packed with info! I learned things about ships that would make both Scotty and Minard blush!   On top of that, it has character bios and details that you could dissect and just ponder. To me, anyone who thinks that much about a production really puts his heart into it. I know Hollywood producers that don’t put that much depth into the story or characters. I’m telling you, this is a project that can go pretty far if given half a chance. It just feels very real, very fleshed out.

JONATHAN – Speaking of which, $1,350 (your GoFundMe goal) isn’t a lot of money when you consider that some fan film budgets get well into the high four-figures or even five-figure ranges.  How do you plan to produce your project for such a relatively little amount of money?

JOEY – I think Nick Meyer and Harve Bennett were asked that when they did Star Trek II! As I said, Lexington will be shot on green screen.  I’ve already got just about all of the movie-era sets created in CG, as well as a couple of other models, including a bridge and some ships not seen before in the Trek universe.  And we will make use of recycling/reuse as much as we can. Vance and Words are used to working on little to no budget, and this will be no exception.

VANCE – Joey has done some incredible work for me on my Minard saga—the USS Constar in “Rise Of The Tribbles” and the Constar-A. He helped make that a dream come true…not to mention the USS Valiant on several occasions. This man’s work I would put against any one of the big boys that charge. His generosity in helping no-names like me and making me look better than I am is one of the reasons you should donate to him. Like you said, Jonathan, it’s only $1,350. That’s incredibly small to get a film that looks pretty good.

JONATHAN -You said on the GoFundMe page that this will be your first episode. How many are you planning?

JOEY – I think it’s safe to say I’d like to do more than this one film. Like any producer, I’d like to see this production go the distance. How successful we are really depends on the fans and how much interest they’ve got for TWOK-era films. I’d still do Lexington even if there were a minimal interest; I’m just that huge a TWOK-era fan myself!

JONATHAN – And finally, will you be able to re-use some of the stuff you’re crowd-funding now in later productions (meaning folks’ donations will go farther than funding just one fan film)? 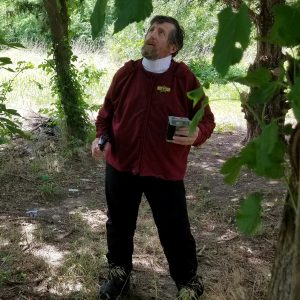 JOEY – Uniforms and other things used here will be used in future films (and it is a variant of the “Monster Maroon”). What we’re asking for now is what’s known as “seed money,” just to get us off the ground. I will say that 3D printing is a great idea, and it really saves on the budget! LOL!

VANCE – The thing with us is that we work with so many people in fan films, and we’re friends with so many of them—the people at Starbase Studios and Stage 9. You’ll see our stuff crop up wherever our friends need it. That’s the thing about us: we’re not seeking the money just for us; this helps us and everyone when the time comes. We share our toys. It’s what we do. People share with us on occasion and vice-versa. Our track record shows it and will continue to do so.