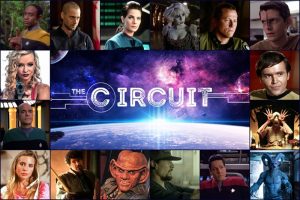 The new sci-fi professional/fan film hybrid series THE CIRCUIT started off their Kickstarter with a goal of $50,000.  And with just 5 days left, they’re at nearly $85,000…and that’s great.

It all happens tomorrow, Saturday, May 20, for twenty-four hours starting at midnight Pacific Time.  The CHALLENGE is for 100,000 fans to each donate at least $1.  A buck is almost nothing these days (especially at Starbucks!).  I’ve already donated $80 to this campaign, so I’m going to up it to $81.  (See?  Only 99,999 fans to go!)  Their message is being sent out far and wide, and YOU can help send it!

Also, if you’re part of a fan group like Starfleet, the 1701st, The Klingon Assault Group, the 501st, or even the Loyal Order of Water Buffaloes, if you pledge and then post your name and organization in the comments section of the Kickstarter, your group will get credit.  The top 10 fan groups will get a SPECIAL THANKS TO… in the end credits, and any fan group that raises $10,000 or more will receive a special moving logo designed by the Circuit‘s VFX team (in conjunction with the club’s admins) along with a BROUGHT TO YOU BY… opening title credit before episode one of “The Circuit: Urbiessa.”

Also on Saturday, beginning at 10am Pacific Time, members of the cast of The Circuit will be streaming a LIVE CHALLENGE SHOW via their Facebook page for 14 straight hours until the challenge ends at midnight!  Confirmed guests on the LIVE CHALLENGE SHOW include:

…and more will likely show up, as show-runner Manu Intiraymi (Icheb from Star Trek: Voyager) is trying to coordinate everyone’s schedules (there’s 20 actors in the cast!).  There will also be new videos and new trailers as the cast tracks the pledges on their tote board.

WHEN: All day Saturday May 20, 2017 – midnight PDT to the following midnight

WHERE: The LIVE SHOW is at https://www.facebook.com/thecircuitmovie/

WHAT TO DO: Donate $1 here and ask other people to do it, too!

To learn more about THE CIRCUIT, listen to this audio interview with MANU INTIRAYMI: 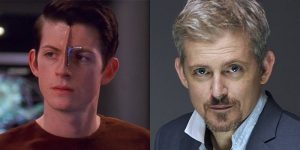 Manu Intiraymi – show-runner for THE CIRCUIT