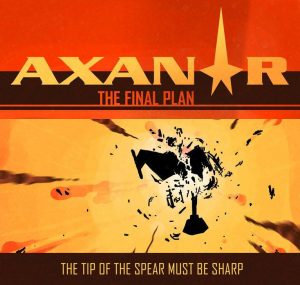 Last time, I introduced everyone to TREY McELWAIN, a super-fan of AXANAR who is going where no Axanerd has gone before (yet) and releasing a short comic book based on the fan film Prelude to Axanar.

Based in Austin, TX, Trey works in the veterinary field and also runs the Axanar Fanpage on Facebook (different from the Axanar Fan Group).  But his latest project takes his passion one step farther.

Trey told ALEC PETERS about his desire to create a 3-page comic book adaption of a portion of Prelude to Axanar, and Alec thought it would be a great idea.  There was no official “permission” given, nor is there any direct oversight of Trey by Alec.  This is simply a fan producing his own independent Axanar project to share with others (for free, of course).

As I mentioned in Part 1, this is not the first time a fan film has been adapted into comic/written form.  In 2002, the fan film Starship Exeter was featured in an 18-page comic.  Seven years later in 2009, Starship Farragut also got its own comic that was 48 pages long!  Both comics were produced by Kail Tescar on his StarTrekAnimated.com website.  And more recentkly, there has been a series of fan film novelettes released based on the fan production Star Trek: Phase II.

Our interview with Trey concludes this week, beginning with a very important question (especially considering that this is an Axanar-related project)… 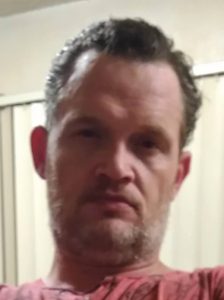 JONATHAN – Trey, are you concerned at all with being legally challenged by CBS for creating a comic featuring their intellectual property?

TREY – Well dang it, Jonathan, I surely hope I have nothing to be concerned about! But you know, playing in someone else’s sandbox is a privilege, not a right. So I think I need to be careful—like I am not going to try and merchandise the comic book or anything like that, just so you know.

A couple of fans have suggested that I might or I should be concerned about the people over at IDW Publishing or Dark Horse Comics who hold Star Trek licenses. Mine is going to be a little free web-style comic for all, which I am not going to market or sell at all, so my hope is that I won’t even be a bother to those guys.

And if someone does take notice, I’m hoping they will see it for what it is, which is nothing more than harmless fun. Now of course, if I do receive any kind of “cease and desist” letter, then I will for sure stop production immediately.

There are other fan-created comics being done out there all the time—using a lot of different people’s IP—and for the most part, they are all done in good spirit. I am trying my best to adhere to a certain code of conduct, one that I hope will distinguish this project from those that might have had a “bad air” around them.

It’s not about money or selling; it is about sharing my passion with everyone. I have used my own money to make this, and I am not in any way looking for any compensation from anyone on this. I am going to make this available to the public, to anyone and everyone that wants to view it or download it…100%free. And I am trying to make the absolute best, littlest, 3-page Axanar comic out there in honor of both Axanar and of Star Trek.

JONATHAN – You’re just writing the comic, but someone else is drawing it, correct?

TREY – Yes, that’s correct.  I am writing the comic (the script for it and basic overall design) in my spare time at night and on weekends.

JONATHAN – Can you tell us a little about the artist? Is he a fan of Axanar, too?

TREY – I am more than happy to!  The artist’s name is Daniel Fu, a friend of mine that I have known since high school. Danny has always been so extremely gifted in everything that he has ever done (web design, art, music, photography), and I can remember how, back then, his art skills always blew me away, almost as if he had some “special ability” or “super-power” himself.

In high school, I was always asking Danny to draw me comic book characters like Captain America, Spider-Man, and Thor…and he always would!  And his drawings were never what I thought they would be, yet somehow each one came out so much better than what I could have imagined.

I know that Daniel is a Star Trek fan, and I know that he had heard about Axanar before I had approached him about my plan.  He was the first person that I thought about when I came up with the “comic book” idea. In the past, he has worked on projects similar to this: a digital comic called Who Are The Nine?—and you can find some of his amazing artwork right here at http://daystorm.deviantart.com/.

He is a professional artist/graphic web designer now, and he has taken on my project in his spare time, charging me a discounted rate to do it…which is a tremendous blessing, I will tell you!

JONATHAN  – Is that the reason it’s only three pages (plus a cover)…since that was all you could afford?

TREY – Well, “yes” and “no.” From the start, I knew that this project was going to be out of my own pocket, and one that I would have to save up for to finish. I figured (me going in to this blindly as I was) that a 12- or 15-plus page, full-color comic was going to be way expensive…and, therefore, out of the question because of my “paycheck-to-paycheck” lifestyle.

So the answer is “yes” only because that I knew that it was going to be an expense any way I sliced it. But “no” at the same time, and that is because, if I do this right, those 3 pages will be just long enough to tell the story that I am wanting to tell…and just enough to leave the reader wanting more.

Now, that being said, those very same 3 pages will be part of a larger story but still remain, or be able to be, a “stand-a-lone” story. In other words, you don’t need the other parts, but “it would be really cool if you did” sort of thing. I had originally come up with the idea to do only 3 pages because the story could stand alone, but I figured if it caught on (and if my wife wouldn’t mind), I would come out with the other installments eventually.

JONATHAN – So there’s a chance you could extend the comic book if fans got behind the project.  Are you thinking of doing a crowd-funding campaign for the next installment(s) to make them longer than three pages?

TREY – I had been thinking of moving further forward with this project after the launch of “The Final Plan” because I really want to tell the rest of the story that I have in my head. And I do hope that the fans get behind the comic book and support it. But I’m not looking for anyone to donate to this specific project—this one, or the ones that follow to finish “the complete story.” As I said, I’m not looking to generate any revenue from a project using Star Trek…not even to cover costs.  On the other hand, if people like this story, and if I come up with something down the road that is entirely my own, and people like that and want more of it, then who knows?

JONATHAN – So when can we expect to see this 3-page Axanar comic book? And will the pages be released one at a time as they’re completed or together as a set?

TREY – With both Daniel and myself having full time jobs, this is a project that is getting done in our spare time. But that said, the cover is finished (which is absolutely incredible; Danny did a remarkable job), and the script is finished and complete.  Danny has drawn up some rough layouts of the pages, and I’ve seen them.

So (and no pressure on Danny) the answer is: as soon as it is completed. We have talked about both releasing a page at a time and releasing them as a whole…we’re not sure yet.

JONATHAN – And finally, when the comic does get released, where will it be made available for fans to download it?  (I’d love to include a copy on FAN FILM FACTOR, as well…if that’s possible.)

TREY – Oh, absolutely!  I’d be honored.  We’ll also be posting it initially for everyone and anyone to download for free on my Axanar Fanpage. In addition, you will be able to find it on Daniel’s Deviantart.com page. I have been also thinking about creating a web page for it where people can go and download it for free.  As soon as I know something more about that, though, I will keep you updated!

TREY – Thanks, Jonathan.  Honestly, neither can I!