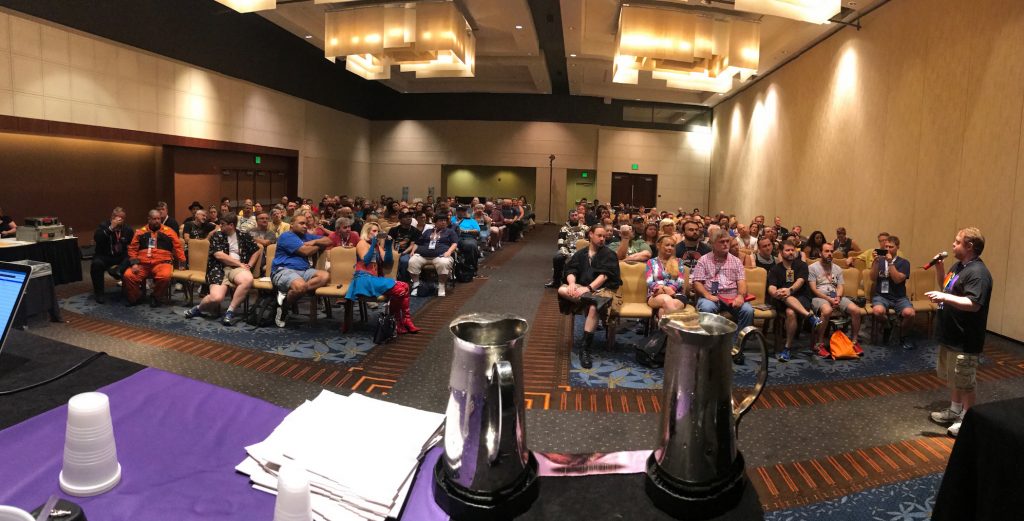 A room full of people to pay tribute to Richard Hatch!

Day 2 at Dragon Con officially, but Day 4 for anyone part of the Colonial Fleet.  We had two events Wednesday and two on Thursday, so when the show started yesterday, we had already been busy for two days.  That makes Dragon Con a 6 day show!

Today was Richard Hatch’s memorial panel at Dragon Con.  Axanar Associate Producer Bill Watters was the moderator and arranged some of Richard’s best friends, to be on the panel.  I was honored to be one of them along with Mary Anne Butler, Derek Conley and Andrew Gaska.  We were also joined in the audience by Kate Vernon, Katee Sackhoff and Michael Hogan.  The panel was basically panelists and audience members sharing stories about Richard along with some great video Bill put together with special messages from Bear McCreary and Ron Moore.

The rest of the day was going to the DC cosplay photo shoot with Crysstal, who was sporting her Bombshell Supergirl costume (which is amazing) and hanging with my good friends Alexander Richardson (the artist who handles the bridge console art) and Mark Mosher.  There were many carbs and cake! 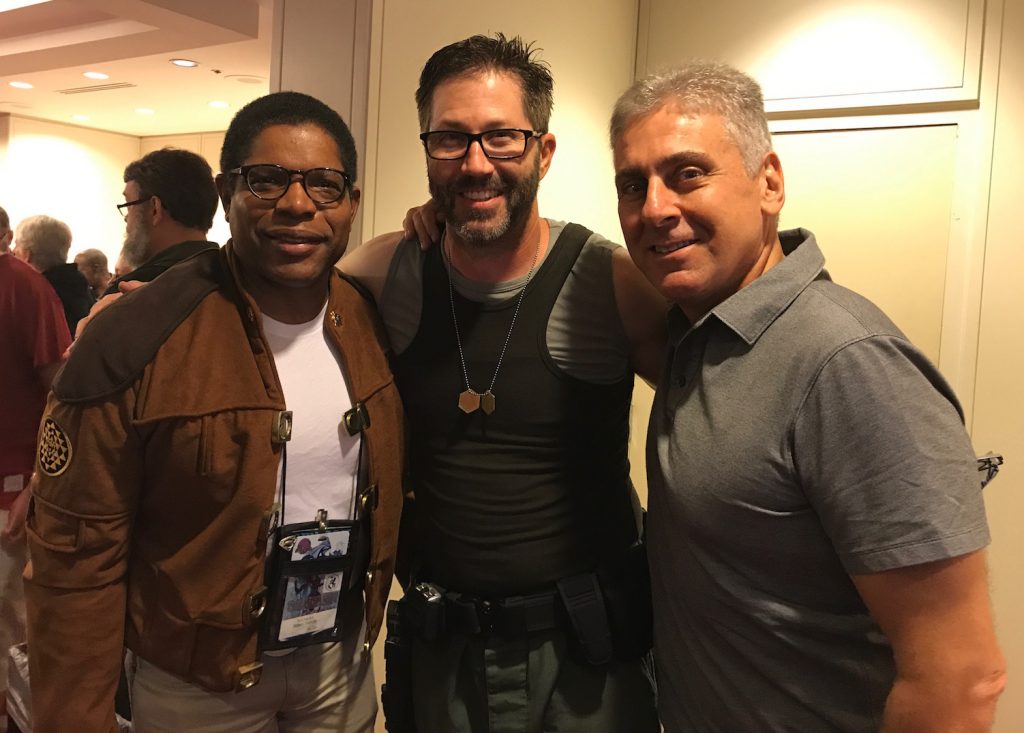 Thomas Parham, Dean Newbury and myself after the Richard Hatch memorial panel 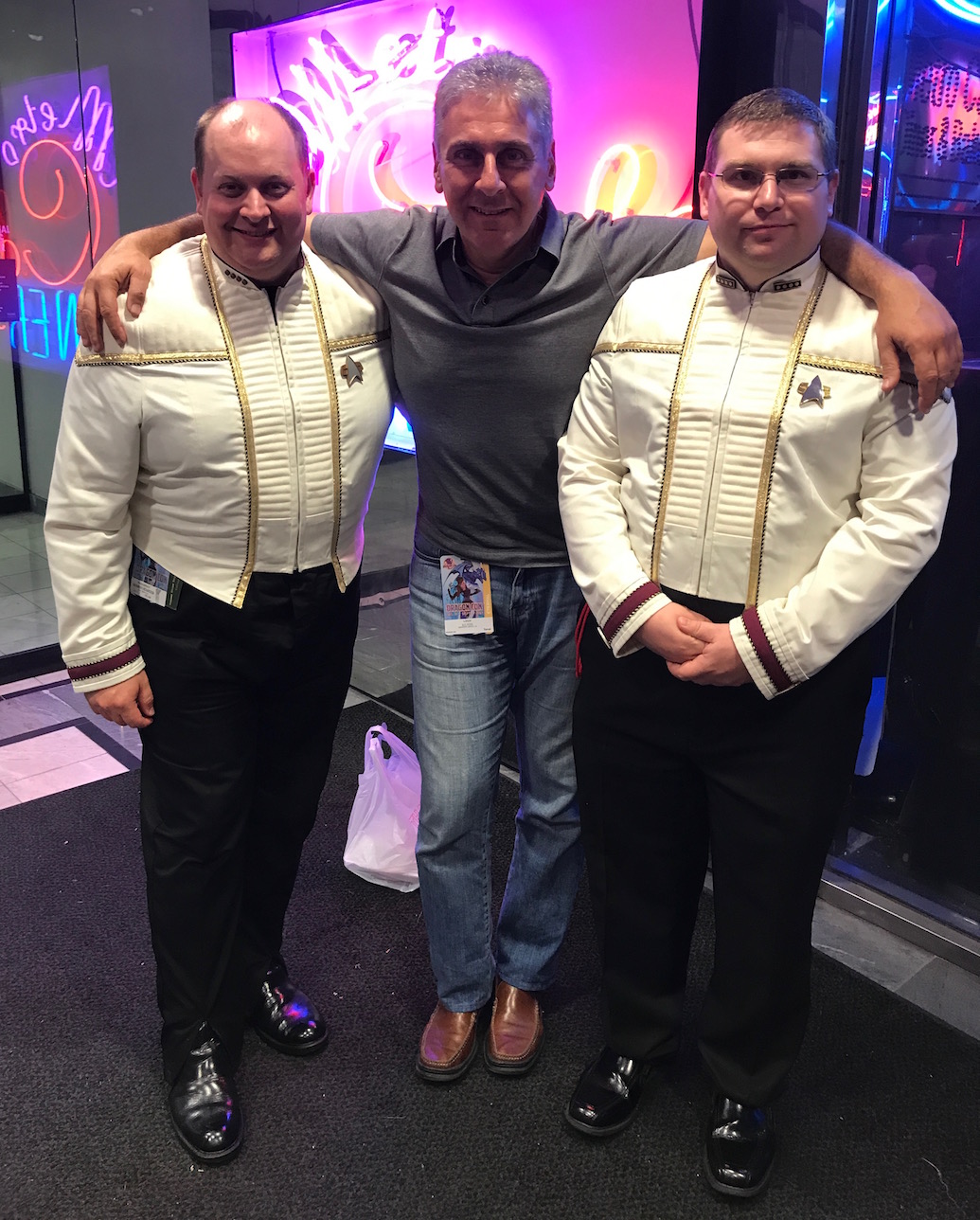 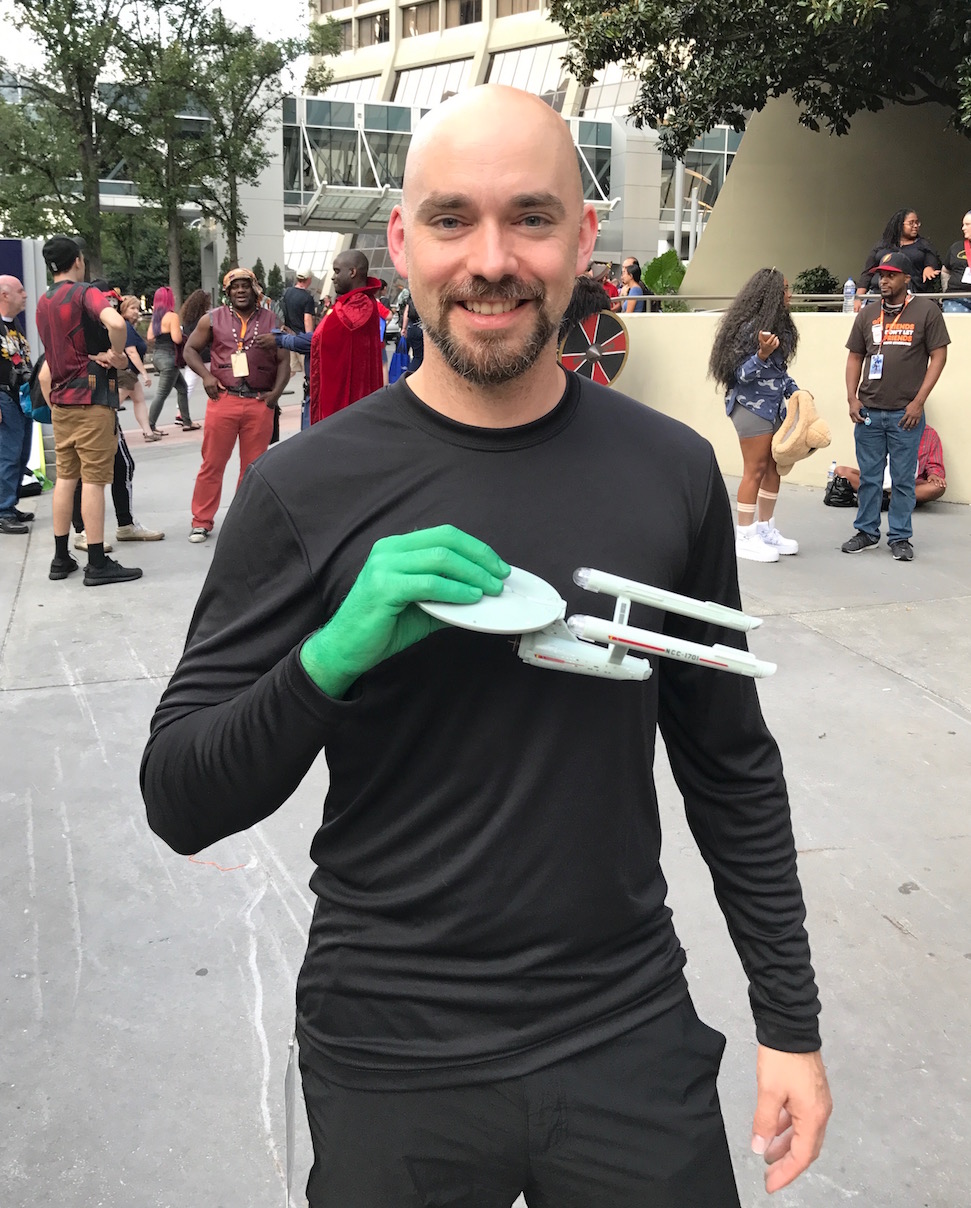 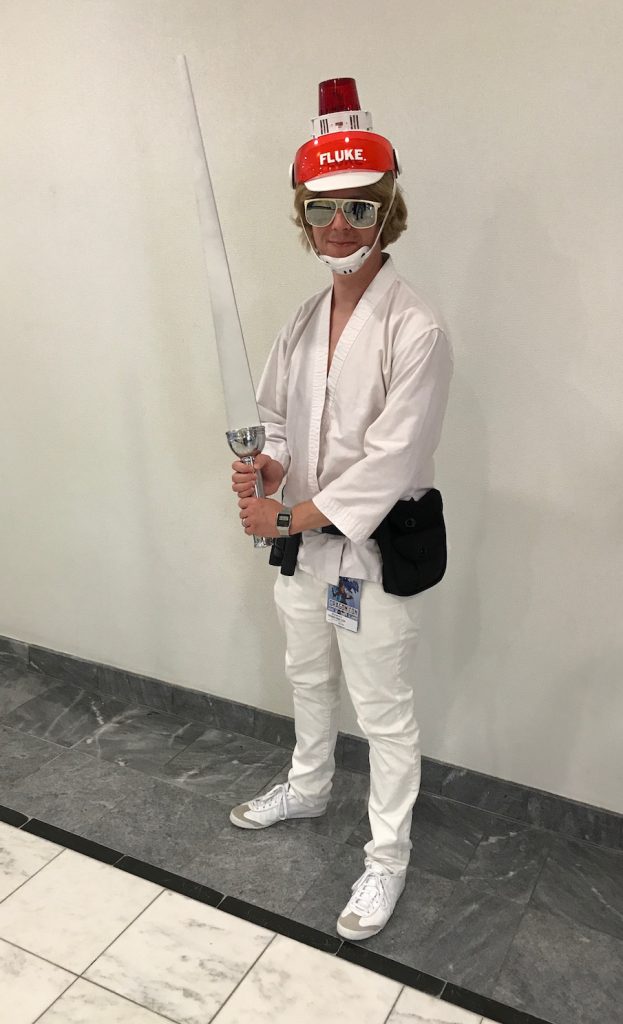 If you get this cosplay, you may be too old! 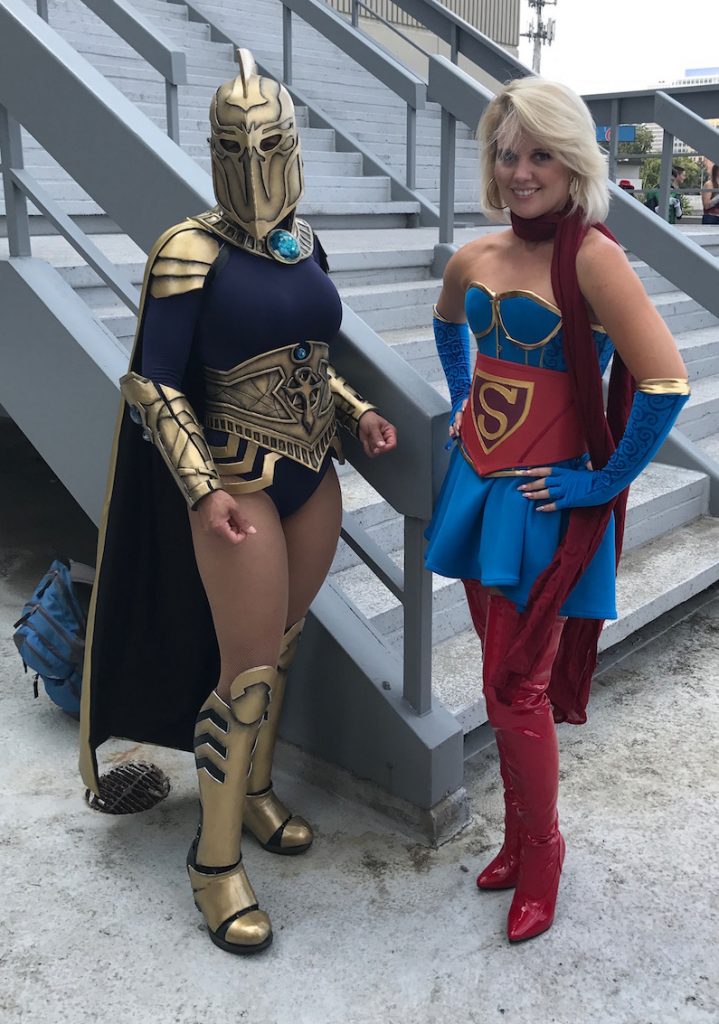 I may be partly biased here, but pretty damn cool! 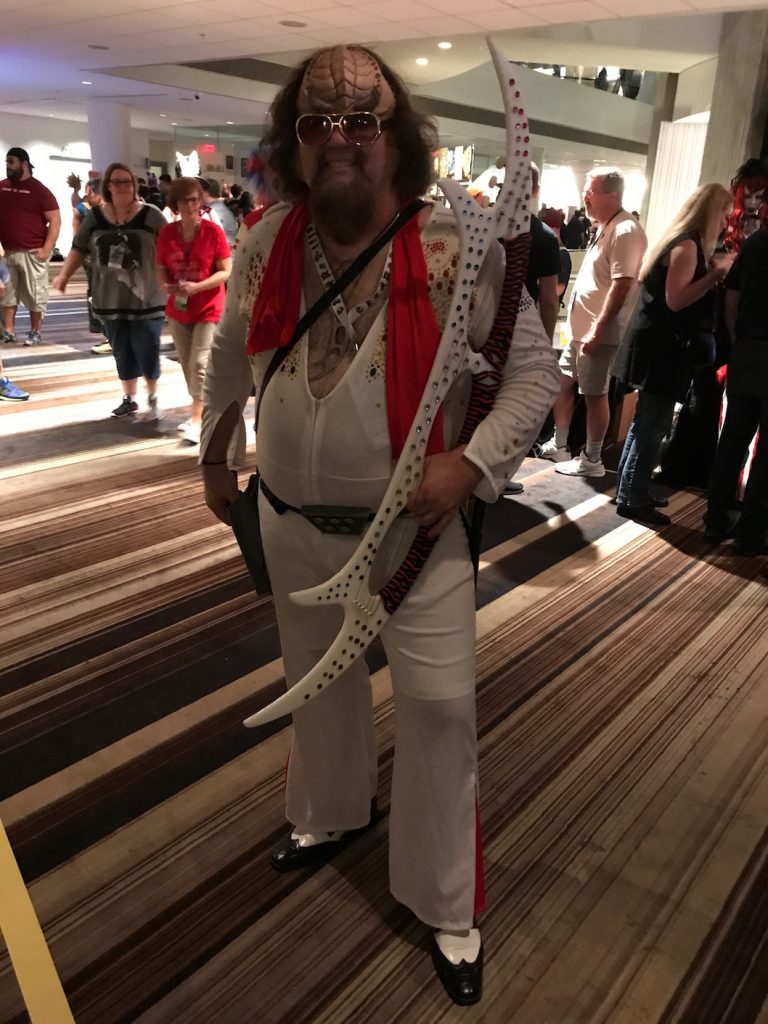 Elvis is a Klingon!