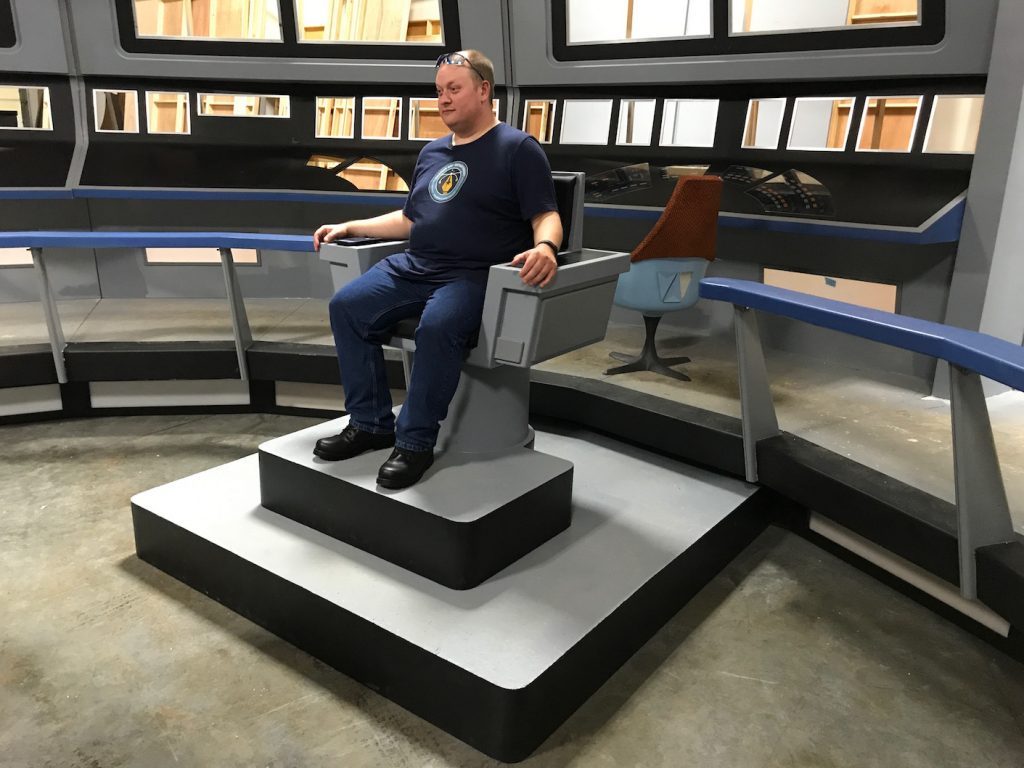 Alexander Richardson in the center seat

First day of Dragon con started with Axanar artist Alexander Richardson, and his good friend Mark Mosher, visiting OWC Studios to see the bridge set.  They hadn’t been able to come up the day before for the open house, so I picked them up from the MARTA station and took them to the studio.  Alexander ifrom the UK and is in charge of all the console graphics, so it was good for him to see the bridge set.  We are both going to get work on these graphics next week.

We then had lunch at California Pizza Kitchen and then headed downtown to the Hilton, where Crysstal and I are staying.  We spent the evening checking out the awesome cosplay and hanging with friends. (There may have been drinking involved, but my memory is foggy about that). 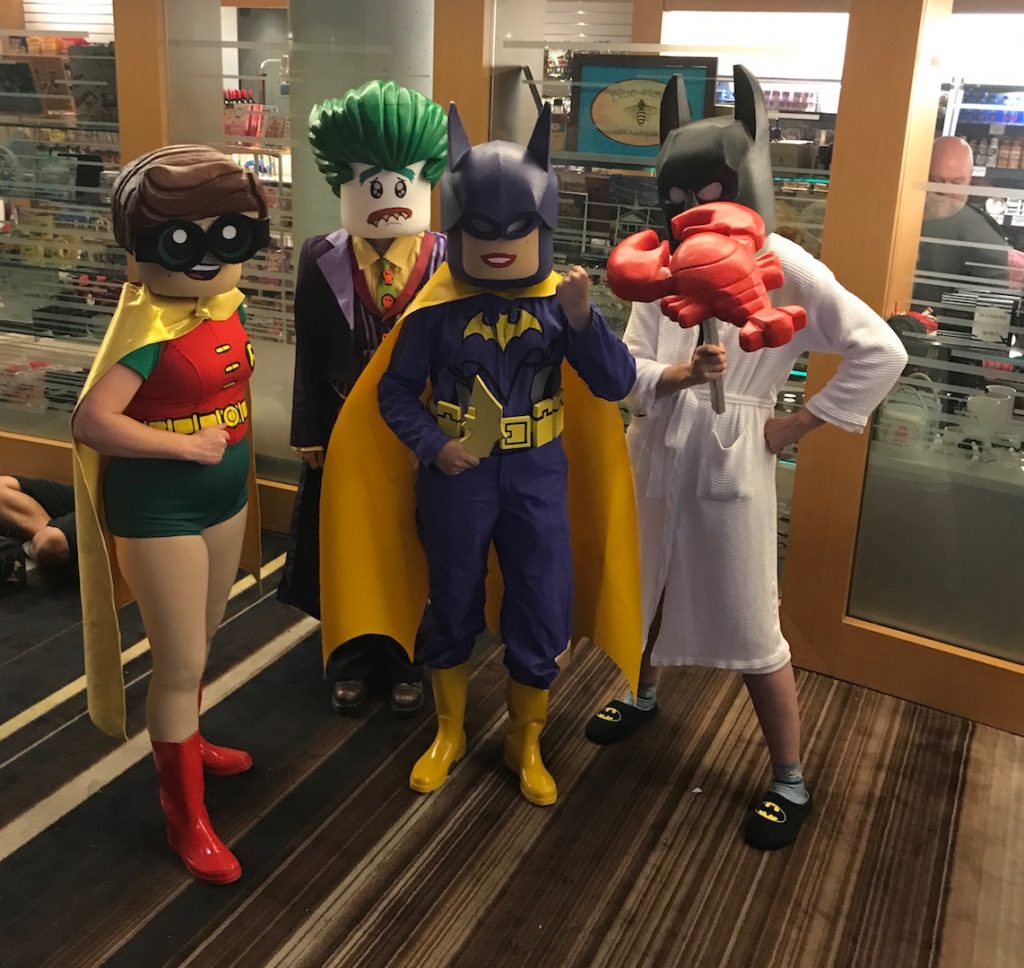 Meanwhile, the new Axanar Fan Club, an independent organization separate from Axanar Productions, had a table at the convention! The Axanar Fan Club was formed by some of the biggest Axanar fans who wanted to help promote their love for Axanar and all things Star Trek! Lee Benjamin has been a driving force for Axanar in Atlanta for years and is one of the main members of the Fan Club team.  He has set up a table and is doing a great job promoting the fan club and Axanar! 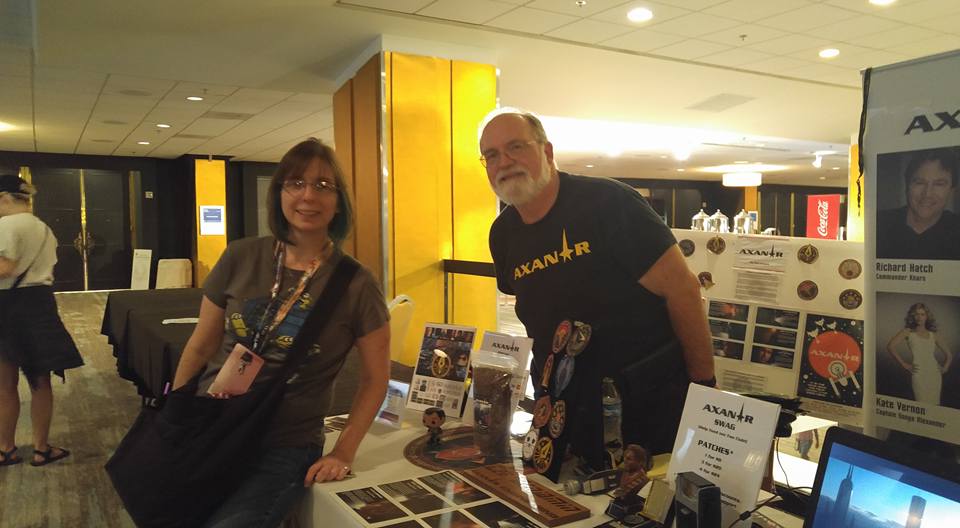 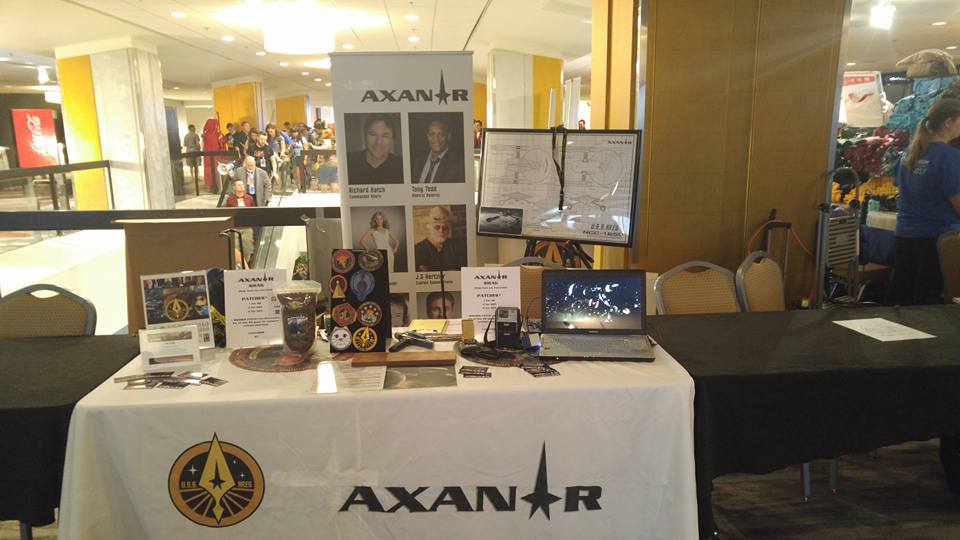 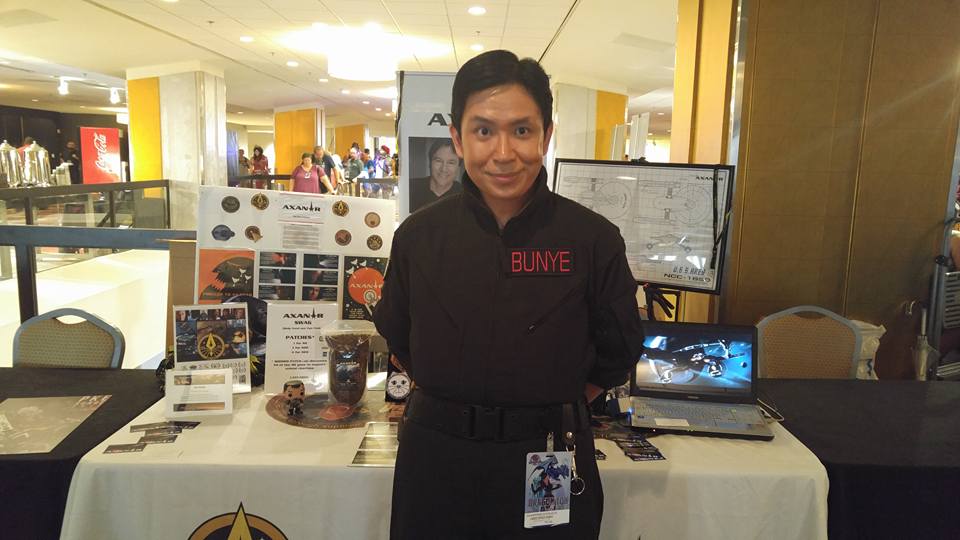 And at night I went to dinner with a bunch of my gaming friends, including John Ross, who is an ad exec who is helping with some contacts for OWC Studios.  We went to Benihana, which is where Richard Hatch hosted a dinner for his friends for years. 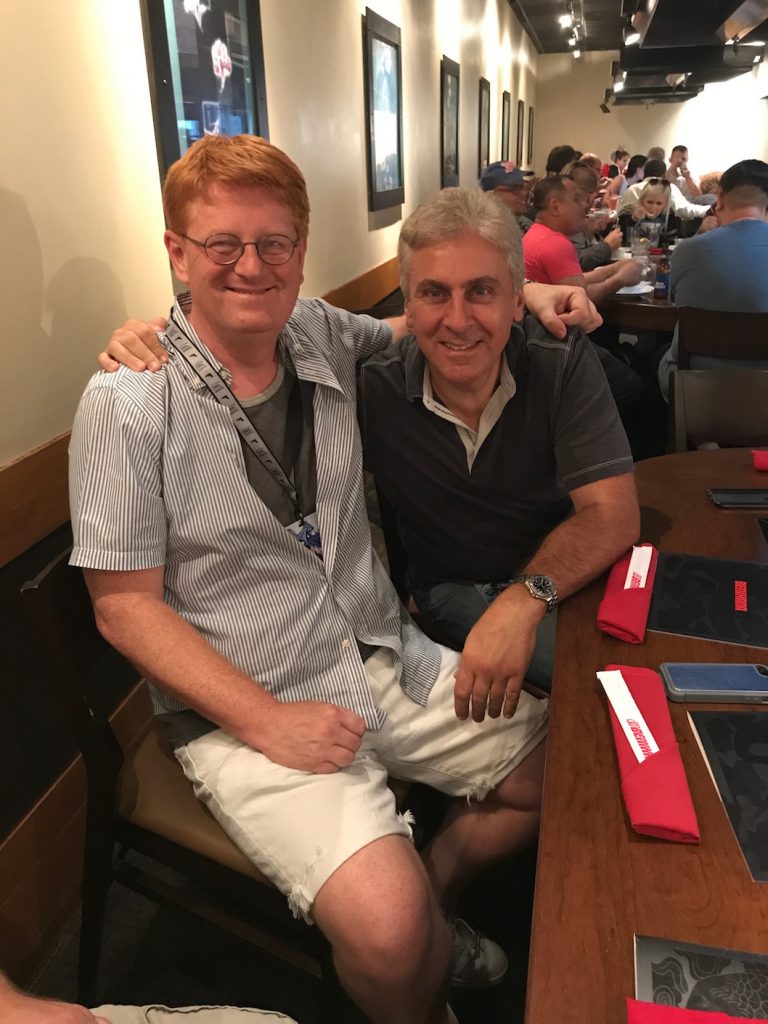 My good friend John Ross and I at Benihana,