So people keep asking me about Discovery, and what I think.  And as fans can be very passionate, it seems if I like it I am selling out to a company that ripped me off, and if I don’t, I am bitter.  Sometimes you just can’t win!

But after one episode, there is just not too much to say.  Yeah, I hate everything about the Klingons.  Bad make-up, awful costumes, hideous ships inside and out, and they talk as if they had marbles in their mouths.  Episode 3 wasn’t a winner in my book, but 3 episodes in I will wait and see.

That doesn’t mean I don’t have issues.  In episode two Saru can’t beam the captain’s body out because he needs a life sign?  You didn’t seem to have a problem with that photo torpedo warhead you beamed out a few scenes earlier!

And does anyone really think we will be coding a program the same way we do today 250 years from now? Seriously? 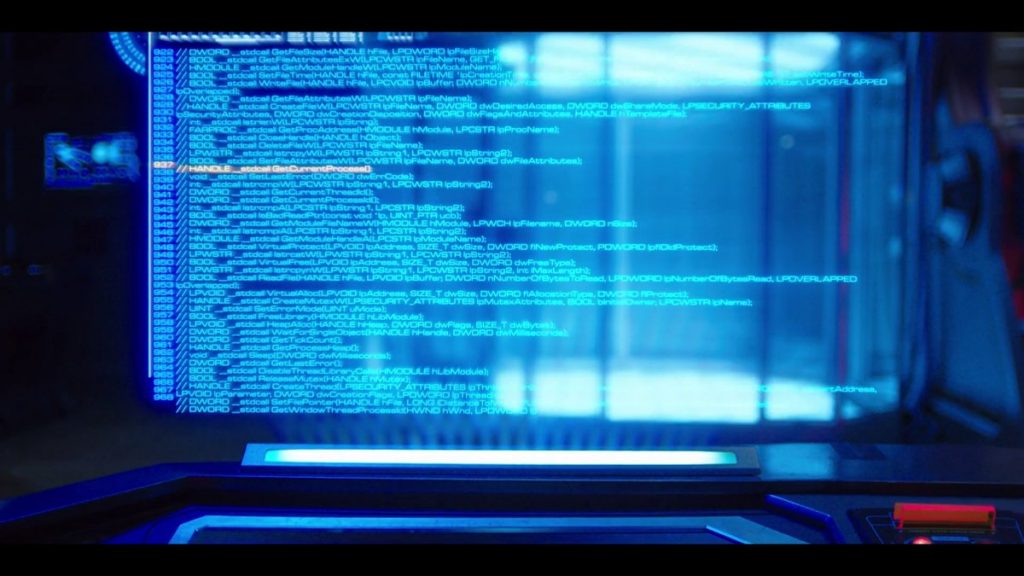 It would be easy to hate on Discovery.  I mean it is CBS’ first attempt at Star Trek, and since inheriting the franchise in the Viacom split, CBS pretty much has done nothing with the franchise except screw up the 50th anniversary of Star Trek by not doing anything of note and instead suing their fans that entire year.  But as I said before, I separate CBS from Star Trek.  CBS just happens to own the IP at the moment.  CBS may get sold, Star Trek may get sold, new management will come in, who knows.  So I am not going to let CBS spoil my love for Star Trek. Nor will I hate on Discovery.

But I am never going to just be a Star Trek fan boy who will salivate over any Star Trek CBS sends our way.  Star Trek NEEDS To be great.  It is a legendary TV franchise, and anything less than great is a disappointment.  So pardon me if I don’t roll over and smile just because CBS produced Star Trek.  You have an obligation to make GREAT Star Trek.  And I think I am someone who taken that requirement seriously.

So, I am waiting to see the entire series before really digging into a critique of Discovery.  As I have here and elsewhere, I can give you my first thoughts:  I have major issues with the production design of the Klingons.   I like the Federation production design generally, though the uniforms lack imagination and make no sense in Star Trek.  Love the Phaser and communicator. I love John Eaves Federation ships, which look great, (other than that dount around the saucer on Discovery).  They also look like they belong after Voyager in the timeline.  Which gets back to this is NOT Prime Timeline.  My other big issue.

But as to the STORY and CHARACTERS, which are what is REALLY important, let’s wait and see. This show will rise or fall on story and characters, just like every other show.  So we really need to see all of it to make a proper critique.  That doesn’t mean we don’t point out the problems along the way!