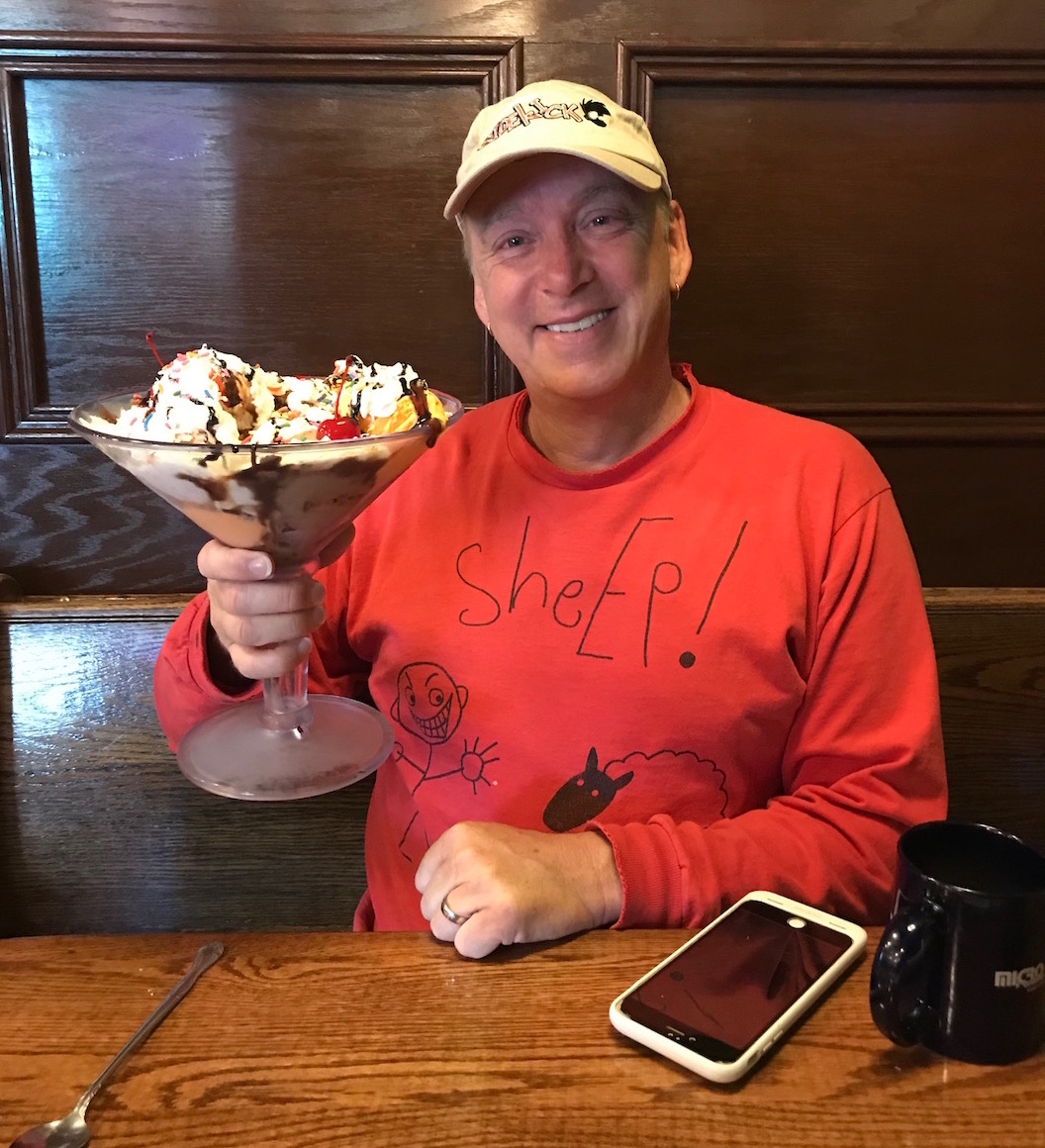 Paul Jenkins with our free desert!

Today Paul Jenkins and I met for our second script meeting.  This time, Paul had applied his rewrites and we discussed them all.  Being that this was for Episodes IV and V of The Four Years War, the two 15 minute episodes we are making, we were able to cover the 30 pages fairly quickly.  The changes weren’t to story, but more to dialogue, which Paul had a specific take on, and character, developing Garth and the characters in a way that brings to the front WHO these people are.

The next step is for me to accept all the changes, and get back to Paul as we haven’t yet worked on the last two pages of my script.  Paul wants some changes that need to be worked out as those last two pages are very near and dear to me.  So that will take some work!

The meeting took place at Paul’s new favorite place, Daddy O’Brien’s Ice Cream Pub!  And Mom O’Brien gave us “the Motherlode” for free.  They were doing a photoshoot and we got there at the right time to eat the subject of the photos!  Yes, we ate it all (though Paul did take a few scoops home for his boys).

More as the script progresses!