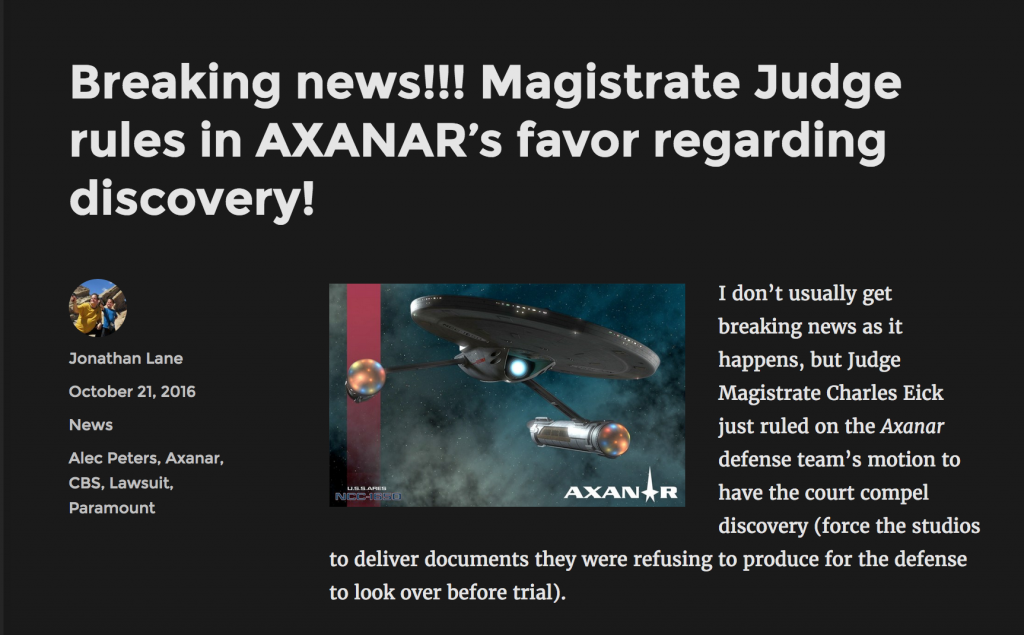 While I am taking a break from the Captain’s Log till we are done with depositions, some really important lawsuit news happened.  Yesterday, our legal team (and CBS/Paramount’s) argued our Motion to Compel Discovery.  And our team got almost everything we wanted, including requiring CBS/Paramount to divulge financial data for Star Trek for 2009-2016.

Read all about it on the only real place for Axanar Lawsuit News, Fan Film Factor.

Frankly, CBS & Paramount have been stonewalling the legal proceedings, with Paramount having failed to produce a SINGLE email, and failing to produce any evidence of the damages they claim.  Judge Eick (the magistrate judge hearing the motion) basically told the CBS/Paramount lawyers that they were treading on thin ice.

So, we will keep you posted.