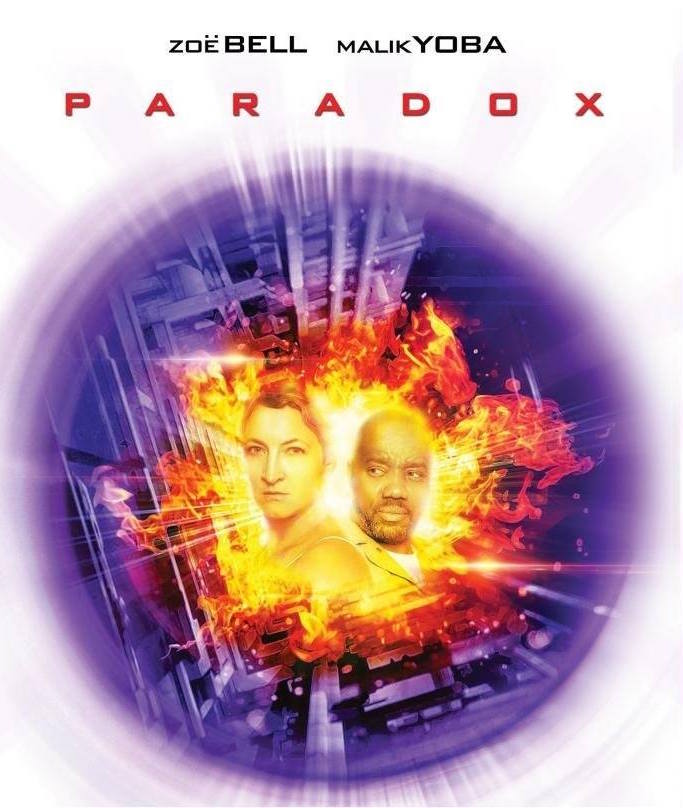 Well, today we celebrate the release on Blu-ray of Rob Burnett’s newest editorial job, a small science fiction action thriller called Paradox.  With well known Hollywood stunt woman Zoe Bell (who did the stunts for Uma Thurman in Kill Bill) and the always compelling Malik Yoba, Paradox is a time travel story and not a bad little movie!  The Blu-ray releases this week and we hope you all will check it out.  it is also on Netflix!

Here is what Rob has to say:

“PARADOX is a throwback to all the B-Movies I loved as a kid. If Roger Corman couldn’t make ALIEN, he’d make GALAXY OF TERROR! Writer-Director Mike Hurst did what every clever micro-budget filmmaker does…set a wild, science fiction premise, in this case, a group of scientists in an underground bunker using their time machine to travel ONE HOUR into the future to save their own lives, and shoot the entire movie in just a few rooms! It’s a loving homage to John Carpenter and James Cameron, and I’m particularly proud of my editorial work on the film. It was the first time I’ve edited action sequences…and the cross-cutting throughout, both between different time periods and different storylines, proved to be a delightful challenge. Sure, it was made with the budget most bigger films have for their craft service table, and each VFX shot cost 27 dollars, but every frame of PARADOX is infused with the same love and joy I felt watching SCI-FI Theater every Sunday growing up in Seattle.”

Check out the cool podcast on Paradox on It Came From the Depths of Netflix!