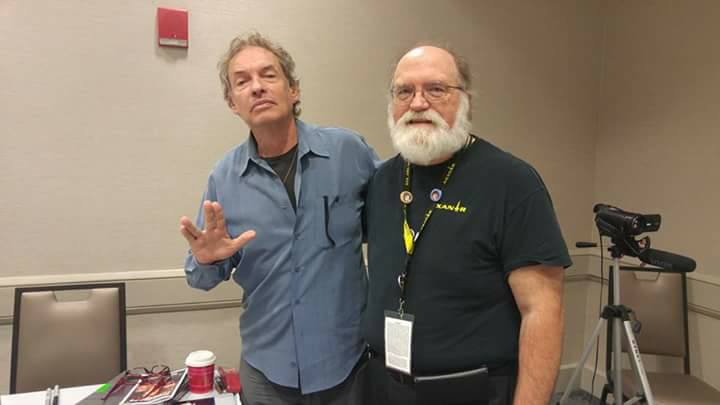 May 25-27th saw Treklanta, the annual Star Trek convention put on by Star Trek uber-fan Eric Watts.  Axanar has been there every year for the past four years and now that our studio (and me) are in Atlanta, we are even more excited to support and be a part of this event. 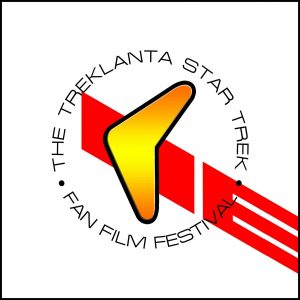 Now the big part of the event, is the annual Star Trek Fan Film Awards, nicknamed the BJOs after famed Star Trek fan Bjo Trimble (It should be noted Bjo and her husband are both Axanar fans!).  The first year of the awards, was the year Prelude to Axanar came out and we won 6 awards that year.  The following year we sponsored the awards.

The Axanar Fan Group, lead by booth stalwart Lee Benjamin (seen in the photo above with Gary Graham) has a booth there every year. I got to chat with Gary about our coming shoot, and we met Robert O’Reilly (Gowron) in the bar Friday night.  I had met Rob at a convention 4 years ago when we went out to dinner with JG Hertzler and a few others.  Rob is a jolly sort and always happy to spend time with fans.

This year I was invited to be on a panel about Star Trek fan films by Starship Potemkin’s Randy Landers.  Randy is an awesome guy and one of the truly good guys in Star Trek fan films.  His films are super low budget (let’s say $ 150 per episode!) and done for his amazing love of Star Trek.

Now of course this caused a shit storm among the Axanar haters, who, even after a year and a half after the settlement of the lawsuit, still pathologically stalk myself and anything Axanar.  There latest sick harassment is contacting every convention Axanar will be at and shit talking Axanar and me.

So Eric didn’t bow to the haters pressure and stood by me and Axanar because he is good people and he won’t let himself get bullied.  That didn’t stop the haters from causing Eric a lot of emotional distress.  He is a super nice guy and sensitive to what is being said, and the haters were being so vile it caused him a lot of anguish. Just goes to show what kind of people you are.  Thankfully, those of us who care about Eric supported him, and Treklanta went great, maybe the best one yet. 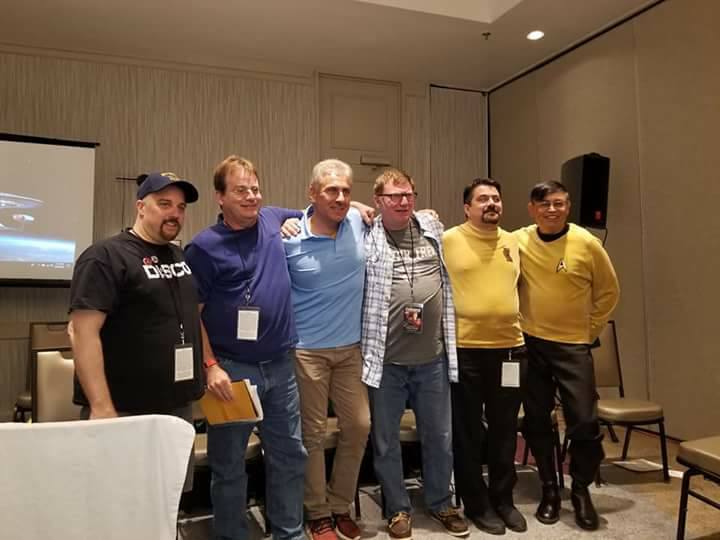 The panel was a discussion was basically about how, or if the Fan Film Guidelines affected particular fan films.  And the over whelming feeling was, yeah they can’t be long, but they still allowed great story telling.  It didn’t affect Potemkin at all because they were short form anyway.  Marc Naccarato of The Romulan Wars had to adjust to the guidelines, but the different fan films all seemed to have made the adjustment.

We also had a very well attended Axanar panel. Fans wanted to know where we were and what was next.  We even gained a few more volunteers who are in the area and want to help at the studio. I was pleasantly surprised at both the size and passion of the audience! 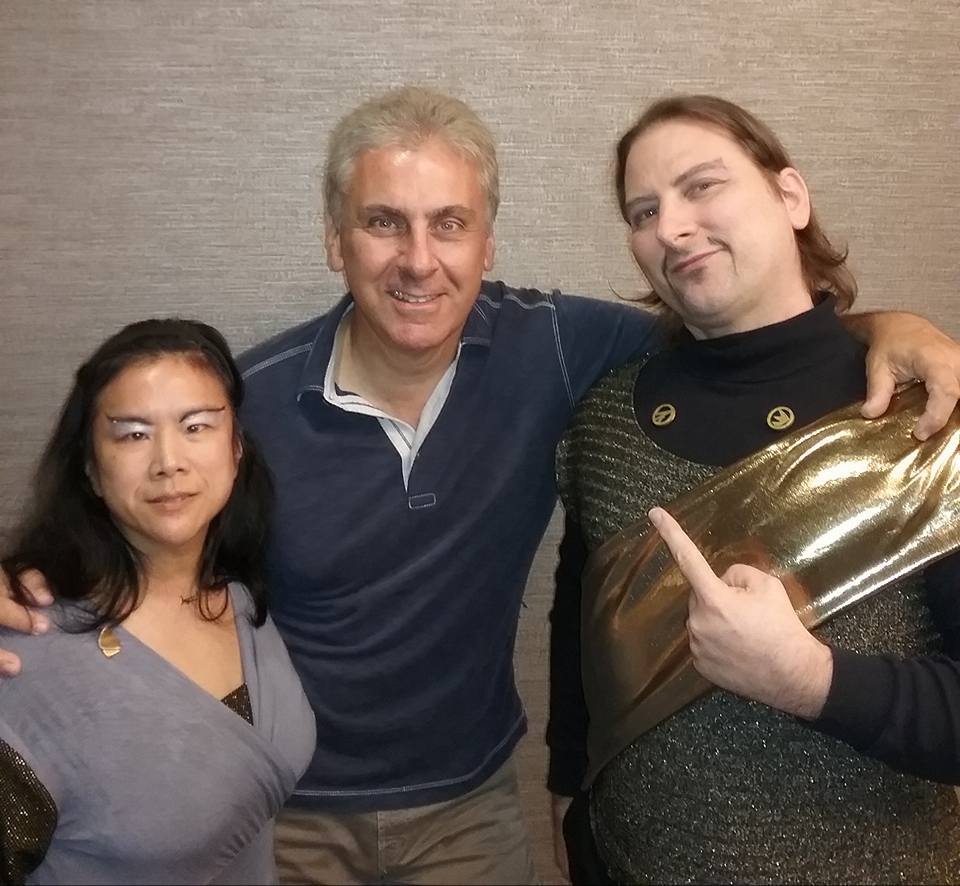 And I saw Kathy and Ryan Peck, who last year got married at Treklanta and who are at every Star Trek convention it seems!  They are truly a Star Trek couple.  They cosplay and are always a positive force at any convention I see them at.

So a successful local convention!  Thank you to Eric Watts for all of his hard work.