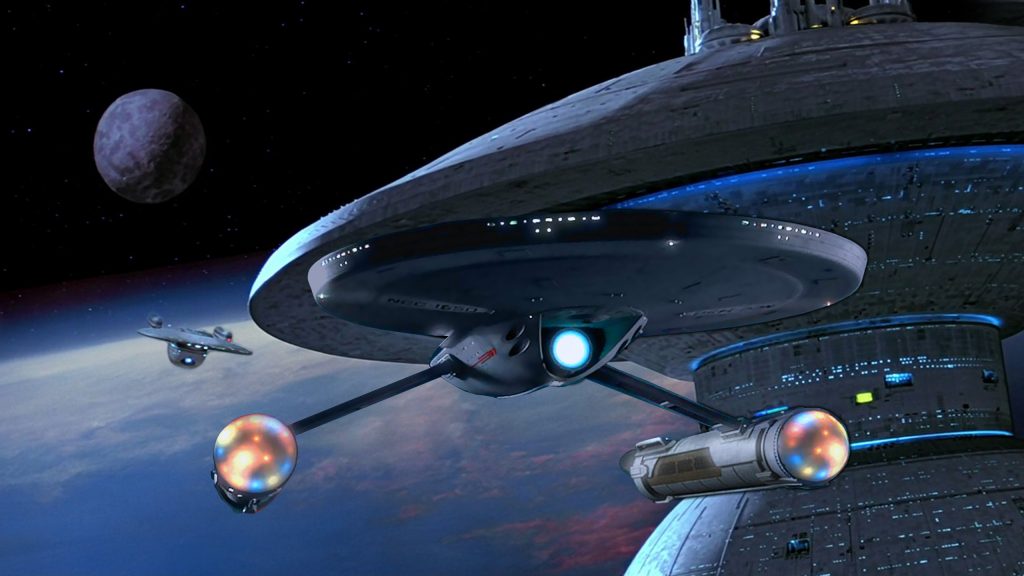 We often get asked “Where are you with Axanar?”  Since moving the studio to Atlanta last May, and moving ourselves here in August of last year, progress has been slow but steady.  This is mostly because real life has been dominating things here in Atalanta lately.  So I figured I would update everyone on what why things may be slower than we all would like it to be.

So when I moved the studio to Atlanta we did so because the cost of living was so much cheaper.  We got a studio space for about half of what a comparable space in LA would cost, and I hoped to be able to buy a house

Now, we have slowly made progress towards filming the two 15 minute episodes, we have a new editor (one of the first people I ever approached to work on Prelude, sound designer extraordinaire Mark Edward Lewis), and a locked script.  I am lining up artists, VFX people, and more.  We have begun casting and having conversations with our original cast.  But we won’t start shooting till this Fall and we expect a 2019 release.

And we have to raise more money for the two 15 minute episodes.  Not a lot compared to what we did raise, but about $150,000.  (We raised $ 101,000 for Prelude to Axanar and the next two episodes are 50% longer).  And we have been working on updating Ares Digital and getting ready to ship the Indiegogo patches when they come in. Ultimately the perks will all be out by the end of next year as we have Blu-rays to deliver which can’t be sent out till Axanar is done!

And if you haven’t read the May Update, please do HERE.

OK, so if you just wanted the Axanar updates, then stop here!  Because the rest is about what we have been up to outside of Axanar.

So what is new in my life?  Yeah, I have a life outside of Star Trek, and it is pretty cool I think.  Family, friends and other geekiness.  Here is a bit… 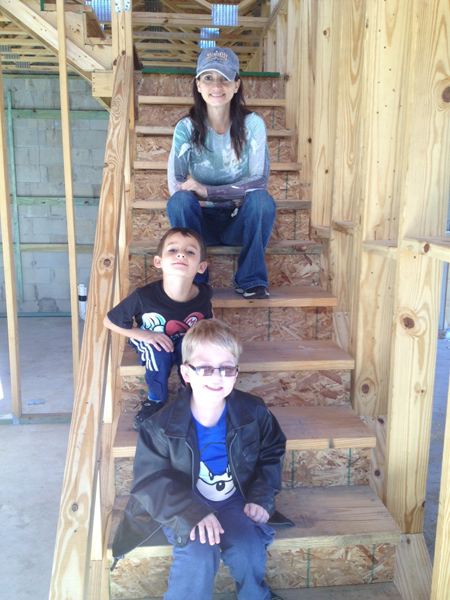 Damaris, Justin and Ethan at the Orlando house while it was being built.

The big news is we bought a house in Atlanta.  In 2013, before Prelude to Axanar, I bought a house in Orlando.  Not for myself, but for my two godsons and their mother, my good friend Damaris Degen.  I had known my two godsons since they were age 3 1/2.  Over the next few years we became very close, me visiting them every two months or so.  And I was there through some very trying times for Damaris as Ethan was undergoing chemotherapy.  He is fine now, but Damaris was having a hard time back then and so I thought about it and decided to buy a home that they could live in.  I sold about 1/2 of my Star Trek prop & costume collection, and paid cash for the house.   We got to see it built from the ground up, and it was a mile from the kids school. It was great and Damaris did a great job decorating it (I added some props myself).

Well, last year Damaris told me she wanted to buy the house.   She had a new job she had thrived at and it was about time she became a home owner!  Well, that was great because that meant I could then buy a home in Atlanta!  After using up all my savings on Axanar (over $ 150,000 worth) and keeping the studio open during the lawsuit, I had no plans to buy a home anytime soon.  So this time Damaris was helping me get a home!

I thought that would be a summer purchase, I happened to find the perfect home, 5 minutes from OWC Studios, which had a huge unfinished basement, perfect for my man cave, 5 bedrooms so I can have friends stay with us, and it sits on a lake! (OK, its technically a pond, but I can’t see one end of it it is so long!).  So in March, Damaris bought the Orlando home and we used the proceeds to buy a home in Atlanta (and pay off the last $ 26,000 legal fees from Axanar and $ 9,000 in studio moving costs).  We closed on the house, moved in over a two week period, and have spent almost two months getting the house set up. 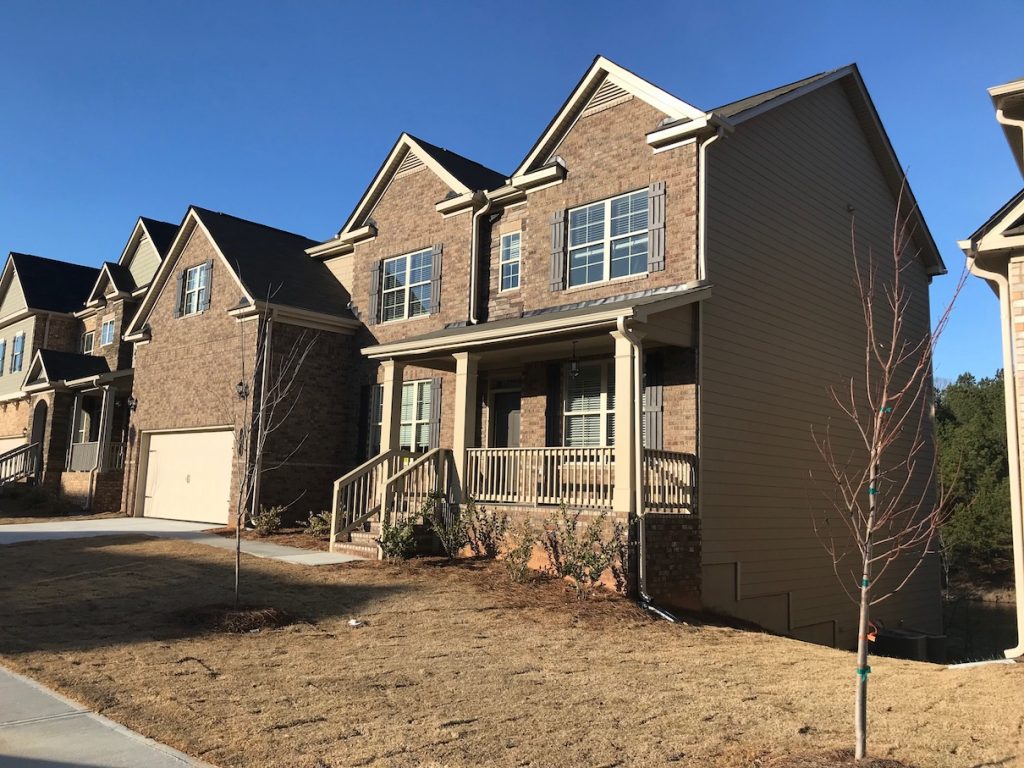 The other nice thing about moving, is we have more room for the three dogs we rescued in October.

We had initially decided to keep the Chihuahua (we called him PeeWee), but we were trying to find a home for the two Chiweenies (Dachsund/Chihuahua mixes) as living in a 2 br apartment with three dogs was a bit much.  Well, now I didn’t have that excuse, so we are keeping all three.  We even got them this cool, custom made kennel, that sits behind our living room sectional. 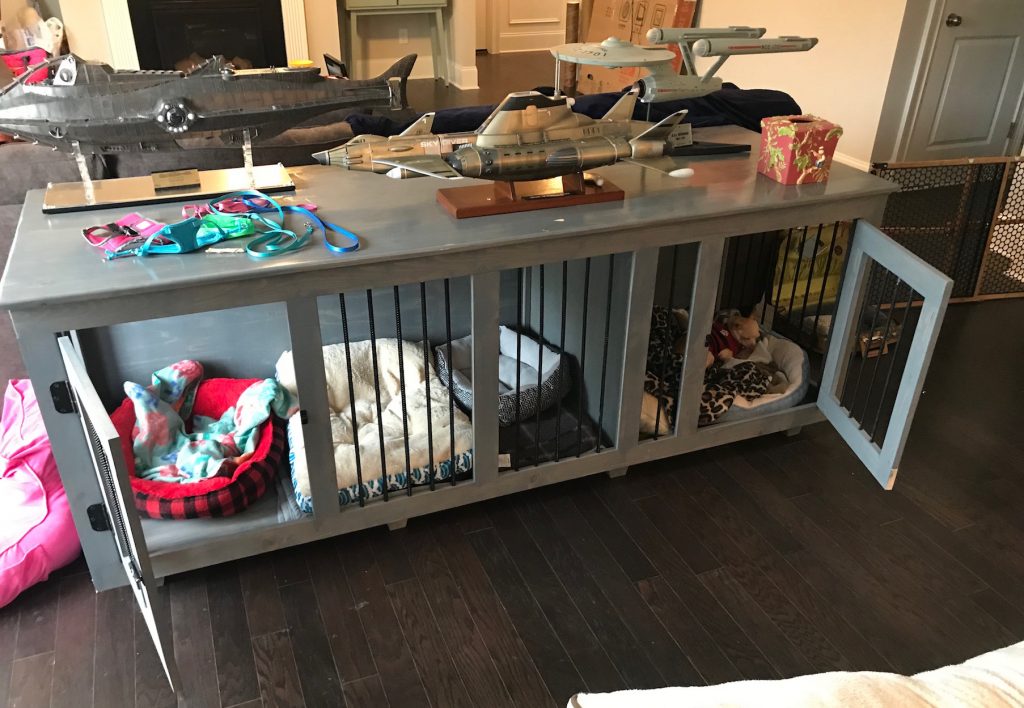 You can see PeeWee on the right, and yes, my models on the top.  The Enterprise has since moved up to my office.

And the best part of the house, is the view out back: 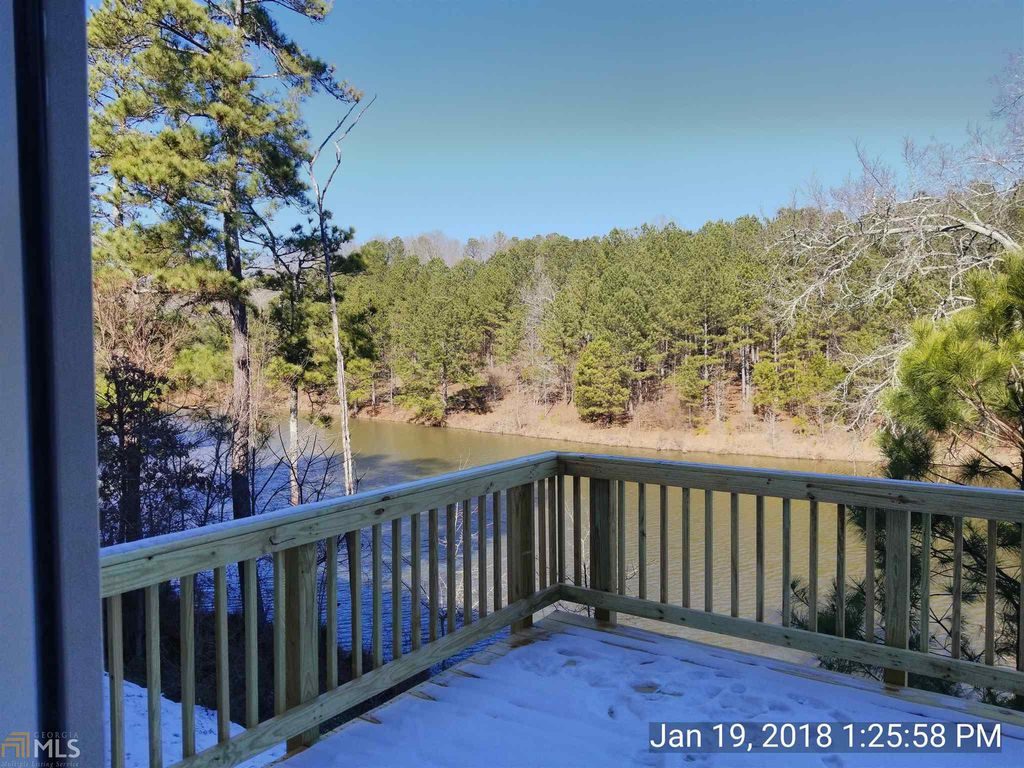 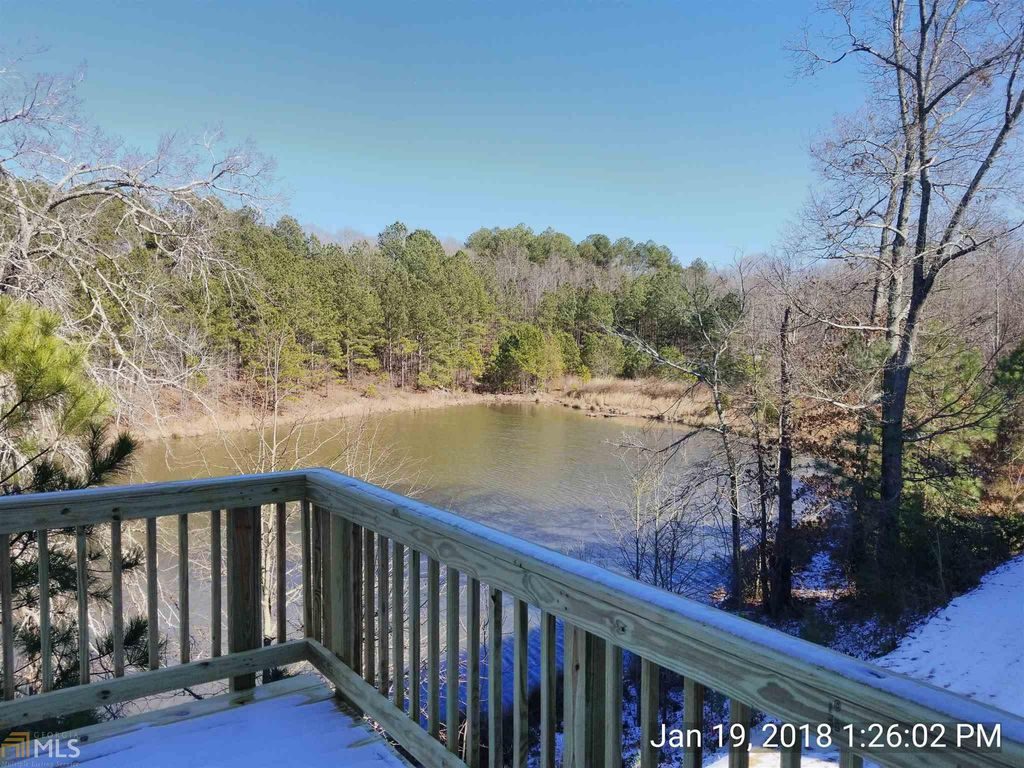 Tomorrow, more things keeping me busy so far in 2018! And later this week, Axanar at Treklanta, Wonderfest and more!