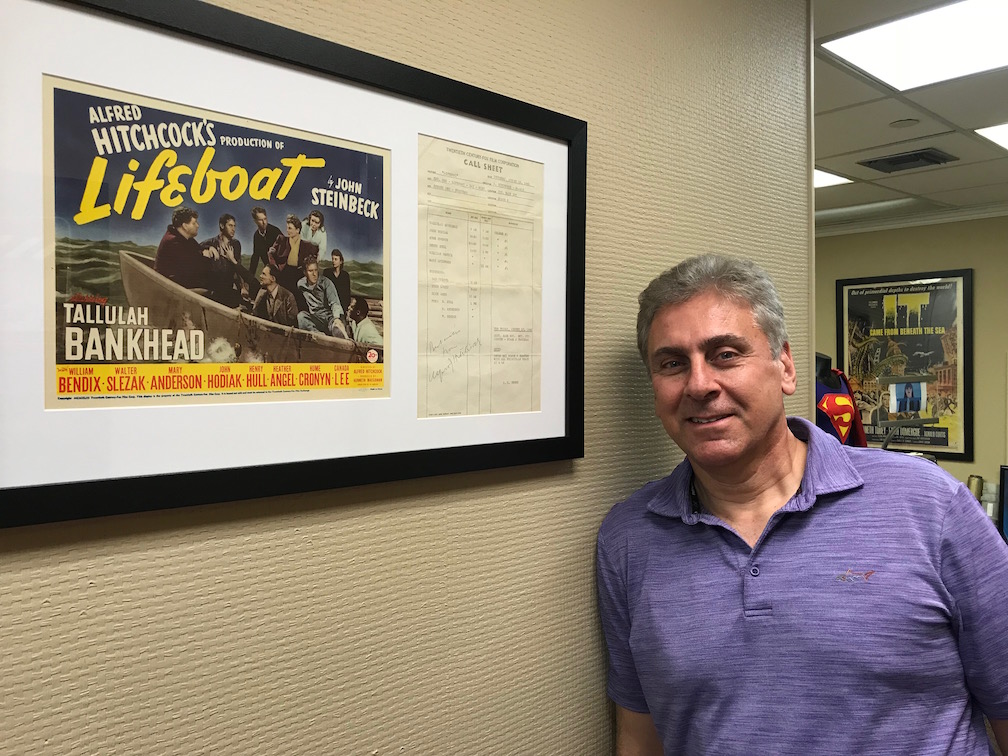 Yesterday I left for a road trip that would take me to Pensacola, Florida and Dallas, TX.  I had to see a customer of mine from Propworx, my auction house that specializes in Star Trek props and costumes.  We started Propworx in 2008 by doing the Battlestar Galactica Auctions for NBC, followed by Stargate, Star Trek for CBS, Iron Man, Iron Man 2 and the Kevin Smith auction.  And while I have moved onto to other projects, I still keep my hand in Star Trek collecting because everyone knows me for that.  In fact Axanar was funded in part by me selling a major part of my prop collection.  When we needed money in 2016 and 2017, I sold over $ 100,000 or props to cover expenses.

So traveling to Pensacola, which has undergone a really cool revitalization, I got to see my buddy Bernie’s collection, over a hundred items of which he got from Propworx.  And of all the items, this is the one that wowed me the most.  A call sheet for Life Boat, signed by Alfred Hitchcock!  Bernie had Robert Picardo and Brent Spiner up to see his collection when they were in town for Pensacon, and Bob took a photo just like this.  Anyone who appreciates classic film understands how awesome an Alfred Hitchcock signed call sheet from one of his greatest movies is!

And so there is the Star Trek connection!  Now, off to Dallas.