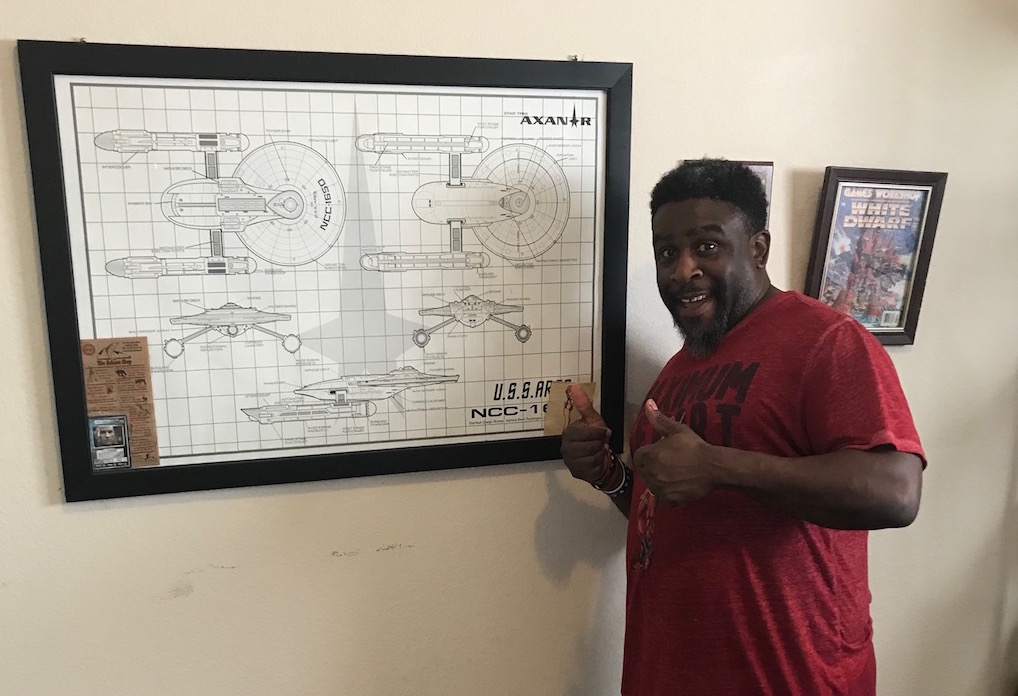 So my road trip took me to Dallas, where I dropped off some comic book original art I want to sell with Heritage Auctions, the third biggest auction house in the world.  I also picked up my winnings from their April Star Trek auction, where I sold 10 items and bought a great piece from the 50 years of Star Trek exhibit.

CBS spent the 50th anniversary of Star Trek doing very little to celebrate that event.  Yes, Paramount released Star Trek Beyond, but other than the art exhibit, CBS basically blew the anniversary suing their fans (Axanar!).  That tells you a lot about the current owners of the IP.  None the less, there were a few cool pieces in the art exhibit, which Heritage Auctions did a great job auctioning off.  Because most of the art weren’t actually originals, but giclee’s or prints.  The art went rather cheap.  Not the fault of Heritage, but there were great buys to be had.

I had my eye on this piece:

Tom Whalen is an illustrator and designer whose work has been seen on comic book racks, gallery walls, department store shelves and magazine spreads. His recent clients have included Marvel, Target, Disney, Universal, The Black Keys, Peanuts and Nickelodeon. Inspired by the comic books he discovered in his grandmother’s candy shop, Whalen spent countless adolescent hours at the drafting table his father handed down to him drawing versions of obscure Marvel and DC characters.

There was only one other bidder and I won it for $ 687.50 (including buyer’s premium).  This is not only a visually cool piece, but it is printed on ALUMINUM!  I mean you don’t see many pieces like that.  So now it is going in my office next to my Star Trek book collection.

And while we are talking about Star Trek art, I got to stop by and see my good friend James Bell, who works for Games Workshop, the company behind Warhammer 40,000, the miniature wargame I play.  James was the manager of the store I frequented years ago in Southern California, and we have stayed friends through his moves to Memphis and now Dallas.   Well, when I got to his house, what do I see hanging on the wall?  A copy of the USS Ares poster!