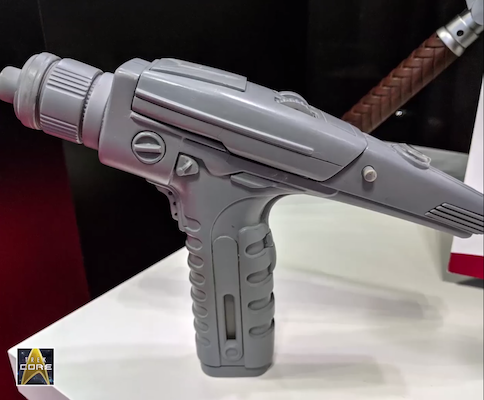 OK, we take a break from Axanar to highlight one of the (few) really cool things to come from Discovery.

There is at lease one licensee willing to take the risk on Star Trek Discovery toys.  McFarland toys, one of the truly great toy makers, is doing Discovery action figures and props, and I have to say, the Phaser is pretty awesome.

Now I strongly feel that the production design on Star Trek Discovery was seriously lacking.  Now, while the McQuarrie Enterprise “Discovery” lacks serious imagination and is just ugly, the John Eaves designed Federation ships were awesome (though totally out of place in the TOS era). And the Klingon ships?  Hideous and Reason # 4 that Discovery does NOT take place in the Prime Timeline. Those ships are just about the WORST designed starships in recent memory.  Uniforms?  Fail.  Bridge?  Fail.  And let us not forget there is absolutely not way this Discovery lives in the Prime Timeline (no matter what Peter David, a wonderful writer, says in his Discovery novel).

However, the one and only place that the production design did not fall down was the phasers and communicator.  They are seriously well done, and total homages to TOS and the Cage.  So thank God we can get a decent toy out of this series! 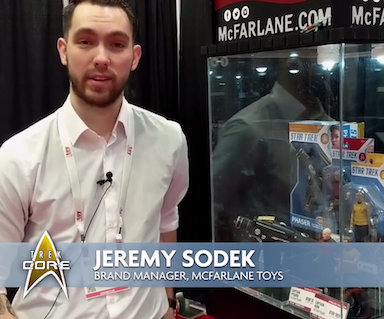 This chap gives a nice demo of the prototype!

You can check out the video here.  They show the prototype phaser and it is bad ass! 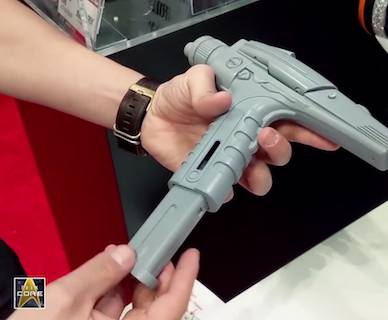 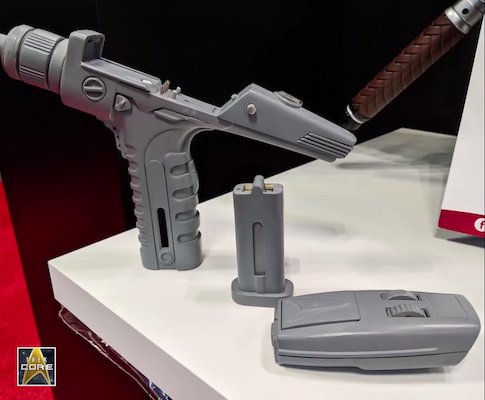 Now that is a toy!