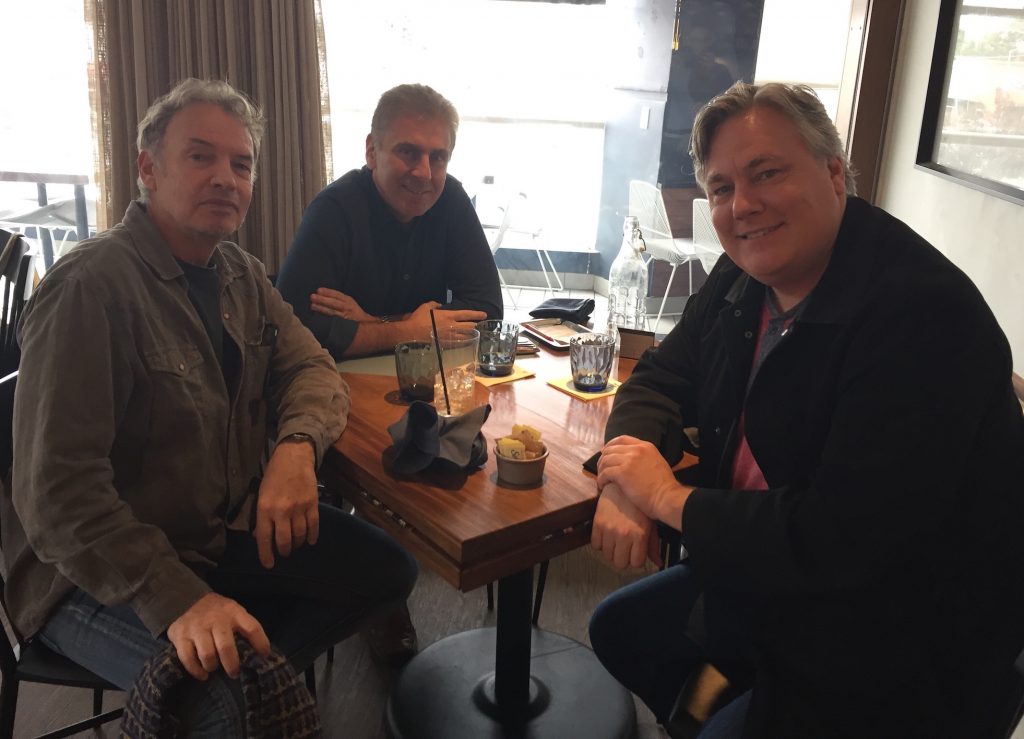 Today Rob and I took Gary Graham to lunch.  Gary, every Axanar fan’s favorite Vulcan Soval, is a lot of fun to hang out with, and this is his first time catching up with us since the Las Vegas convention last summer.  Gary didn’t know the details of the lawsuit or the behind the scenes machinations, so it was great to catch him up on everything.

We filled Gary in on what really happened with the lawsuit, and what our plans are going forward, including some special plans for a Klingon character that has an important role with Soval in the Axanar Peace Mission.  And giving Gary some meaty stuff for him to dig into is really important to us as he did such a great job bringing Soval back to life.

We are a month or so from a finished script for what we will be producing, but after we share with all the actors, we will be ready to finish casting and start prepping a shoot.  For now we are in pre-production and still working to get the future of the studio set.

I also talked with JG Herztler this past weekend and we had a great conversation.  We love JG as he is such a huge Axanar fan, and now that Richard is gone, JG carries the Axanar banner that Richard would wave at every chance he got.  JG loves Axanar as Star Trek and what it means to film making.  Working with these pros is such a pleasure.