Blade of Honor on Amazon Prime! 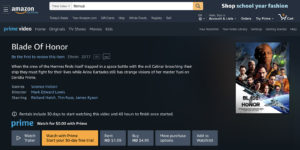 The pilot for Blade of Honor is now available for streaming and purchase on AMAZON! It also includes a tribute to Richard at the end. It just went live so we could use your help

Amazon has a “rankings” system which rates how productions do and helps them with marketing if they do well. But that happens only in the first 48 hours. Since this went live TODAY, can you rent for $1.99 (or purchase for $4.99 – hey!) the episode, and watch it ALL THE WAY THROUGH? If you’re an Amazon Prime member, you get it free! Once done, if you would give us a 5-star rating as well, it would help push us to the top of those rankings.
You don’t have to be in front of your computer to do this, as it can play with the sound off if you like (although we like it!).
Thank you everyone!
– Mark 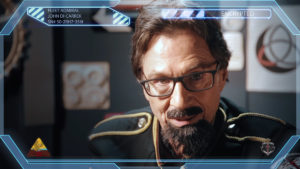